Who Said They Couldn't Agree... 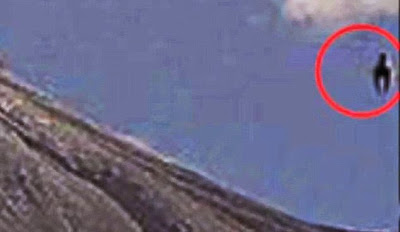 Friday late night mews, most enchanting Big Cat Beauties... colder on the tame prairie, but the frigid wind wasn't blowing, and the sun was out for part of the day -- and unbelievably, eye-blindingly bright! ... so, this Big Cat had a nice chat with her elderly neighbor, which she rarely sees, given she lives about a mile away, and the Kougaress is ridiculously busy... anyhoo, such is life in these beyond-weird, quickening times.

Have a wonderful weekend, darling kittens. And keep preparing for the superstorms of life. 'Cause this Big Cat loves ya!
~~~~~~

Yes, the Kougar got some more penning done on her ShapeShifter Seductions WIP... please, Divine, more good writing time with no negative consequences.

Who Said They Couldn't Agree...
by Serena Shay

Penny pushed the door open and stepped into Nick’s office. “Whoever you are, you better have a really good reason to be in this office…oh, Bossman.”

“Shut the door…shut to door,” he whispered frantically, waving his hands and making Penny smirk.

Nick looked to the side, then smiled and leaned over.  He fussed with something that softly clanked before sitting up with the sweetest little face she’d seen since a week ago when she’d brought Ziva coffee from Java Joe’s, her work laptop and diapers.
~~~~~~

'Simply a mystery' — Strange tracks in snow near Curtis
She hadn’t walked the east side of the golf course in Curtis for a couple of weeks — too cold, too much snow -- but something else had.
And earlier this month, when Sharon Jorgensen and her border collie reached the cart path that climbs through the trees from the third fairway, she found the tracks that the something else had left behind.
They were big. She dropped her glove alongside one and snapped a photo; the four-toed footprint was half again as large.
They were far between. She estimated the distance between them at nearly 6 feet, an Olympic-sprint stride.
They were alone. The snow surrounding them was untouched, unblemished.
“There were no other feet prints out there but mine and this big guy,” Jorgensen said. “The snow tells the story. What it is, I don’t know.” ~journalstar.com/news/state-and-regional/nebraska/simply-a-mystery-strange-tracks-in-snow-near-curtis/article_6775820b-ffba-52c6-824a-90e7a61ecb35.html~
~~~~~~

HEADLINE ~stevequayle.com~ Is your future already decided? New theory of time suggests that the past, present AND future co-exist in the universe
~~~~~~