My Sexy Saturday ~ Waiting For a Filly Girl ~ Whipped Cream 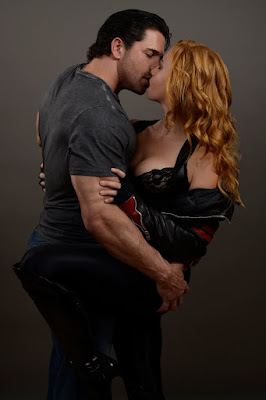 Sexy Saturday kisses, everyone. Here's another recently edited snippet from my SHAPESHIFTER SEDUCTION Manuscript~Waiting For a Filly Girl~ Drev is determined to make love to Keina, whipped cream included.
Tagline: Ex super-soldier boy meets winged filly girl. Will they live happily ever after? In Wolf Peak Territory anything is possible.
~~~~~~
Seven X-paragraphs from ~

Chapter Thirty-six: Top Me Off With Whipped Cream

Reaching down, she smoothed her hand over her mound. Enticingly, she stroked her curls for several moments, then delicately pried open her sex folds so he could see her red swollen clit, and her small pussy opening. 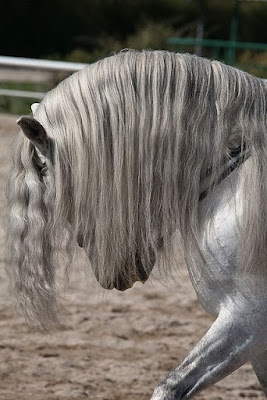 The King of Keina's realm in his horse form.

Okay then, I'm still plugging along as far as revising/editing WAITING FOR A FILLY GIRL.

Here's a snippet of Keina and Drev where our hero is determined to make love to his woman beyond their extreme passion for one another.

Satiated, Keina reveled in how Drev cuddled her close—in the feel of his cock buried deep inside her equess. Most of all, she basked in their love for each other.

"Thanksgiving," she murmured long moments later. "This is perfect. You make me so thankful."

Drev nuzzled the nape of her neck, then stroked his lips over her shoulder. Wonderful shivers flew through her.

Fly Through the Gateway With You 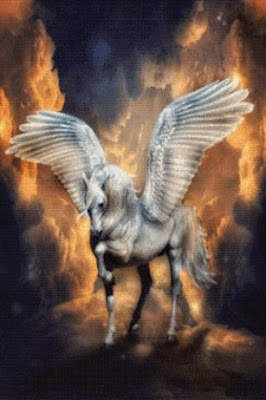 FEATURED AT SHAPESHIFTER SEDUCTION ~
Windy Spring Day howls and yowls, shapeshifter lovers.
It's been a rough tough week, everyone. Thus, it's taken me until now to get a blog going.
I have managed to get more chapters of WAITING FOR A FILLY GIRL  revised/edited, including the partially finished chapter featured below. This is a scene where Drev and Keina are getting to know more about each other, and learning how they interact as a couple. Plus, there are the extreme dangers lying in wait for our in-love couple. Stay tuned. Tagline: Ex super-soldier boy meets winged filly girl. Will they live happily ever after? In Wolf Peak Territory anything is possible. ~~~~~~

Chapter Thirty-two: Fly Through the Gateway With You

"The whipped cream. How could I forget?" Drev returned from his walk-in cooler, having placed the leftovers inside. He headed for his counter-top fridge to retrieve the carton of heavy cream."Oh yum!" Keina called out."Yes, yum." Drev smiled at his Keina's eagerness. Moving to the freezer, he reached inside for the stainless steel bowl. After taking the beaters out of the bowl, he shoved them onto the mixer."Ready." Drev switched on the mixer. "Set." He plunged the beaters into the bowl. Go."

My Sexy Saturday ~ Waiting For a Filly Girl ~ Prairieflower wine

Sexy Saturday kisses, everyone. Here's a recently edited snippet from mySHAPESHIFTER SEDUCTION Manuscript~Waiting For a Filly Girl~ Keina and Drev, while not on vacation, are celebrating Thanksgiving day together.
Tagline: Ex super-soldier boy meets winged filly girl. Will they live happily ever after? In Wolf Peak Territory anything is possible.
~~~~~~
Seven paragraphs from ~

Drev's jaw tightened with resolve. It's about focusing on her, learning about her.

Good God, that's all I want to do. 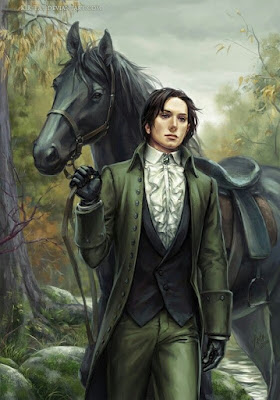 My Sexy Saturday ~ His Claimed Bride 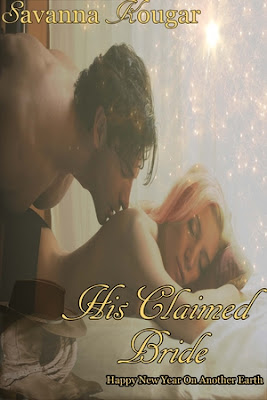 
His Claimed Bride, Happy New Year On Another Earth


Zeke covered his woman's mouth with his, after the first heart-loving kiss they shared. He pressed more what he called 'dining kisses' to her lips and his 'prowess' welled up like fresh spring water. Lowering himself fast, he wrapped his arms around her, then rolled them so his Sylva sprawled on top of him.

Posted by Savanna Kougar at 11:47 PM No comments: 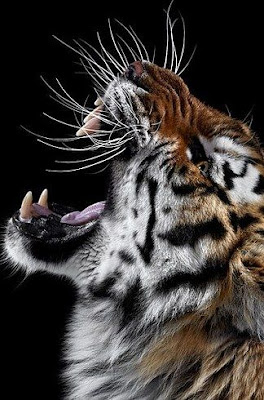 My Sexy Saturday ~ Waiting For a Filly Girl ~ Sinuous and sultry

FEATURED AT TITLE MAGIC ~
Sexy Saturday kisses, everyone. To go with the theme of *Bring It Home for Sexy* here's an edited snippet from my SHAPESHIFTER SEDUCTION Manuscript ~Waiting For a Filly Girl~ Keina and Drev are in his cabin.
Tagline: Ex super-soldier boy meets winged filly girl. Will they live happily ever after? In Wolf Peak Territory anything is possible.
~~~~~~
Seven X-paragraphs from ~