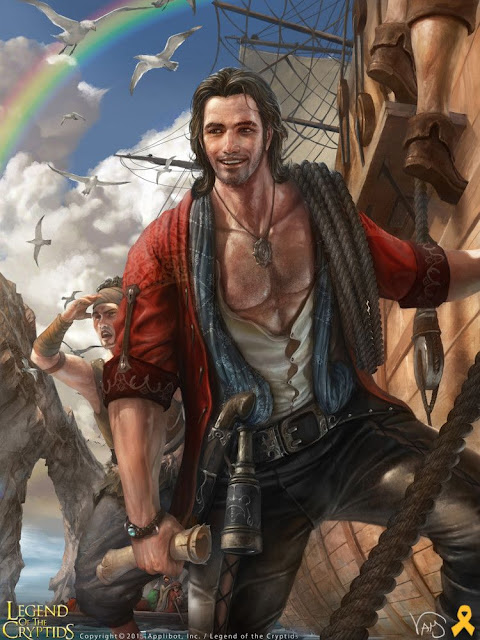 Okay, Another Sexy Pirate. However, Not My Hero, Dzonn, the Dark Rogue ... Although, They Are Drinking Buddies.

Yes, it turned hot and humid on my tame prairie. So far, summer has been mostly mild, and extra rainy-stormy. I couldn't even get my indoor plants out safely given the ongoing strength of the storms. 'Cause I just don't have extra energy to bring them in all the time.

Anyway, to my delight, I polished Chapter Three of TREASURE MOON SEDUCTION. *Knock on wood* I will be able to continue at this speed.

Here's a snippet. If you wish to read the first three chapters, they are on my Subscribe Star page at:  ~https://subscribestar.adult/savanna-kougar-otherworld-romance-author~ The fee is $1.00 a month.

Tagline:
Ksilya is stranded on Treasure Moon. Attacked by tentacle mercenaries, she fights to escape. Until...
Dzonn, the Dark Rogue, plans on making a fortune from Treasure Moon. Instead his beautiful rival has beat him. Once again.

At a familiar tone my gaze snaps to a lower monitor. "There it is, Taegar. Proof. A fortune in numonic-particle glass awaits."

"I see."  He fine-tunes the monitor display enhancing the mineral composition of Treasure Moon.

"You can't hide from me, my pretty sparklies. Not beneath those layers of common rock."

"I will determine the ideal spot to mine, sir."

"Most excellent. The faster we...wait!" I scowl. My gut tightens. "What is that ghost anomaly?"

Also, Delilah Devlin is once again putting an anthology together. I am in a quandary as to whether I should attempt to submit another story, given the two I did submit were not accepted. Well, we'll see...???

Regardless, here's the info:

FIRST RESPONSE is open to all authors.

Why write a short story for this collection? Well, it’s certainly not about making a lot of money, so why do it at all? I’ve said this before, but here are my thoughts…

Writing a short story for a call for submissions is a chance to flex your writing muscle! It can be a chance to experiment with a genre you’ve never written. If you’ve never written a story in first person but don’t want to begin by writing an entire novel using it, start short! For myself, I’ve written stories in new genres or with fresh themes that ended up being so much fun to write they’ve spawned entire series.

You have a deadline! I don’t know about you, but I have trouble keeping my butt in the chair without one!

It’s a promotional opportunity! If selected, you’ll be joined by 12-15 other authors for the launch, sharing your audiences and, hopefully, picking up new readers along the way. Having your story in the collection is another chance to be “seen.”

And remember, you retain the rights to your story, so you can republish it for individual sale or give it away to attract subscribers to your newsletter. You might even decide there’s more story to tell and expand it into a novel!

Here’s what I’m looking for…

FIRST RESPONSE: A BOYS BEHAVING BADLY ANTHOLOGY will include stories that satisfy the reader who craves stories about those brave people who sweep into therescue, regardless of the dangers. Here are a few ideas…

When an alarm goes off in a high-rise apartment building, our heroine is trapped in an elevator while fire spreads in the floors above her. Who will provide her comfort until she can be rescued? An ex who’s a fireman with local FD? Perhaps the heroine is the pilot of a spaceship on the edge of the galaxy when her ship is attacked, and she’s forced to land on uninhabited planet. Who will come to her rescue? Will he be human? The vessel of a woman attempting a solo voyage around the world is sinking in the middle of the ocean. Will a pirate be her only hope?

Don’t limit your imagination to these ideas! Just remember, our “boys” have to behave badly—to give the rescuee just what they always secretly craved… Have fun with the concept.

The anthology will be sold at a low price—my intent is exposure for you and your writing. The more readers reached, the better! You will retain the rights to your story so that, at a later date, you can republish your stories individually.

I’m seeking hot and inventive stories from authors with unique voices, and above all, I’m looking to be seduced by tales filled with vivid imagery and passion.

Published authors with an established world may use that setting for their original short story.

How to submit: Prepare your 2,500 to 5,500 words story in a double-spaced, Arial, 12 point, black font, Word document (.doc or .docx) OR rich text format (.rtf), with pages numbered. Indent the first line of each paragraph half an inch, and double space (regular double spacing; do not add extra lines between paragraphs or do any other irregular spacing). U.S. grammar (double quotation marks around dialogue, etc.) is required.

In your document at the top left of the first page, include your legal name (and pseudonym, if applicable), mailing address, email address, and a 50-words or less bio, written in the third person, and send to boysbehavingbadlyfirstresponse@gmail.com. If you are using a pseudonym, please provide your real name and pseudonym and make it clear which one you’d like to be credited as. Authors may submit up to 2 stories. I will respond no later than January 30, 2020 with decisions.

Payment will be $25.00 USD, ninety days after publication at the end of that month.

Direct any questions you have regarding your story or the submission process to me at boysbehavingbadlyfirstresponse@gmail.com 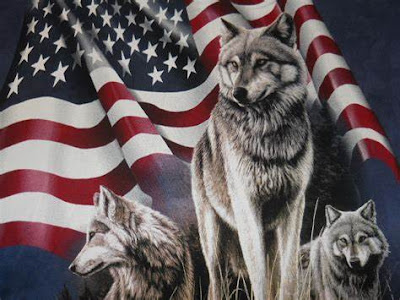