Mooney and the Ice Bucket Challenge... 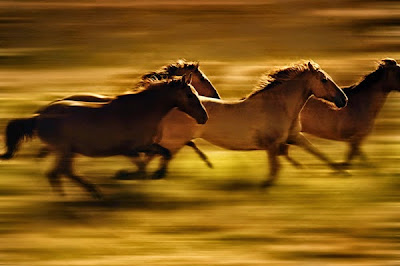 at SHAPESHIFTER SEDUCTIONS ~
The imagination of a writer should be able to run free as a wild horse herd...

Late night mews, Summer-effervescent Felines... a small storm system that left a sprinkling of raindrops passed northward of the tame prairie, but for about fifteen minutes there was some hellacious cracking thunder overhead... it was darn odd because the sun was out and shining at the same time... so, busy-busy, and the Kougaress was craving chocolate chip cookies today... but she didn't have all the ingredients, and there was no way to get into town... yep, she's deprived... but aren't most of us in these times?

Stock up bigtime, darling kittens, wherever and whenever you can. It's a bumpy superstorm road ahead. And remember, this Big Cat loves ya!
~~~~~~

Yes, the Kougar made more good progress on polishing her manuscript.
~~~

Erma Bombeck was a really funny lady. I know, you’re probably wondering how I even know her name. I’m a 26-year-old witch. I was raised by an Egyptian demi-god after my black magic addicted mother traded me to him in exchange for her drug of choice. I’m mated to a beta werewolf and step-mother to his pups from a previous mating (though since their original mother is less than worthless, I don’t bother with the ‘”step” part. I’m their mom, period. I just didn’t give birth to them.) Erma Bombeck was a typical American housewife who wrote some really funny books about her life back in the ‘70s. The lady’s been dead since I was a little girl and I didn’t exactly grow up in a way that would have exposed me to her sense of humor in the first place.
~~~

GMAIL 'INFO' ~ HEADLINE-SNIPPET: Is YOUR Gmail at risk? Experts reveal it's possible to hack accounts with a 92% success rate - and their method works on ANY smartphone
~~~~~~

THE PAST REVEALING ITSELF

The hard life of Kennewick Man - the first American - is revealed: Mysterious 9,000-year-old nomad had cracked ribs, a spear in his hip and a wrecked shoulder
~dailymail.co.uk/sciencetech/article-2734675/Kennewick-Mans-life-revealed-9-000-year-old-nomad-lived-seal-meat-drank-glacial-meltwater-Asian.html~

Mighty Siberian hero warrior reveals his secrets from almost 1,000 years ago: inside the grave of 'giant' warlord horseman who held sway in the 11th century but lost his left arm in his final battle. The remains of the fearsome warrior - who towered some 25 centimetres over his peers - were unearthed by archeologists near Omsk in an ancient burial mound. Experts are intrigued by his death mask and the elaborate nature of his grave which indicates his importance.
Nicknamed 'Bogatyr' or 'Great Warrior', he is believed to have been trained in combat since childhood. He was buried with the massive fang of a bear embedded in his nose, seen as a sign of his strength and power.
A decorated mirror - a bronze plate - lay on his chest, inside a birch bark cover. The mirror was evidently a tool to communicate with the gods.
In the grave, too, were 25 war arrows - which are still sharp today - and bronze tools. ~siberiantimes.com/science/casestudy/features/mighty-siberian-hero-warrior-reveals-his-secrets-from-almost-1000-years-ago/
~~~~~~

FROM ~thepowerhour.com~ Author RICHARD SAUDER discusses some of research into the many underground bases that are all over the world. Who is operating these facilities and why?
Website: www.eventhorizonchronicle.blogspot.com
Books: Underwater and Underground Bases, Underground Bases and Tunnels, Hidden in Plain Sight: Beyond the X-Files. All available by visiting ~eventhorizonchronicle.blogspot.com.
Sauder said that after penning a short article for UFO Magazine in 1992, he woke up one night to hear a disembodied voice inside his head that began by saying "underground bases are real." According to documentation he uncovered, the US Navy has had the technology to build underwater installations since 1966.