The small private cove was ideal. 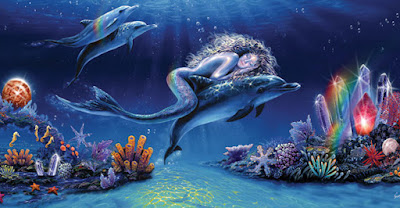 A reprieve from the sudden elevation in summery-high heat today on the tame prairie, given rainclouds sailed by, and there was a nice overcast. Yeah, I’ve been searching for an *affordable* high wheel lawn mower... I need some good paths through my jungly countryside yard. And my health is finally up to this kind of exercise. Although, I have to be very careful, and am far from being completely healthy.

However, it’s a quandary about the lawn mower because I need to spend the money on stocking up on food. A grocery store is not just a jump, hop, and skip away...plus, with the current *emergency--anything could happen* climate, it is simply wise to be as prepared as possible.

So, it looks like I’ll be getting some good help with the cover art for WAITING FOR A FILLY GIRL...but that’s about three weeks away. In the meantime, I’m editing/revising the final chapters, and will be fine-tuning the manuscript for Indie pubbing.

What’s next on the writing schedule? Good question. I’ve got projects up the wazoo, one of them being BLACK CAT BEAUTY, which was published at Liquid Silver. I wanted to do a quick revision, then Indie pub...but life took a different not-good turn, and I haven’t had the time or energy.

Anyway, I’m considering trying out an idea. That is, offering WAITING FOR A FILLY GIRL here on the blog—in addition to the regular ebook vendors—for a dollar less in price. The ebook would be in PDF, and after making a paypal payment, then I’d email the book to you. But we’ll see.

Also, given my severe time limitations these days, I’m just not up to penning a new Flash Scene...not right now.

HOWEVER... this story idea just popped into my head...

The small private cove was ideal. The turquoise ocean, brilliant with late morning sunshine, lapped the white-sand beach. Cushioned by the hot sand, her naked body soaked in the life-giving rays. Serenity gradually replaced the severe stress she’d been under for the past year.

She’d never been one to turn tail and run... that was before HIM, the creepazoid who’d stolen her inheritance...almost.

Now escape felt good, given the con man extraordinairre had been sentenced to a long prison term. Okay, his brother had vowed revenge. But so what.

Listening to the soft crash of the waves, she stretched. Lazily, she settled into a new position on her thick towel, picked up her adventure romance novel, and leaned back against the beach pillow.

Even immersed in the story, she glimpsed the porpoise from the corner of her eye. Kind of hard to miss, the splendid creature swam back and forth, as if he or she wanted attention.