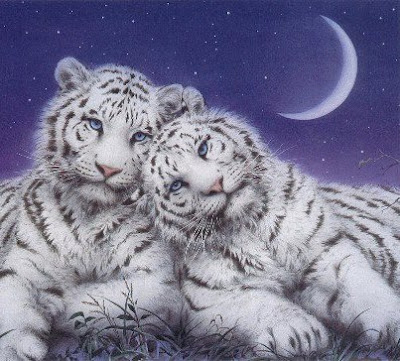 Well, *super moon* celebrations happened in Wolf Peak Territory, I can tell you. At least, it wasn't overcast or raining cats and dogs ~smiles~ so, those in touch with the elementals and spiritual forces practiced their magick to encourage the clear, ink-black skies – and to bring forth blessings for the land, and for ALL. Two days ago, on the 14th, according to astronomers, the moon was the closest to Earth since 1948. Mother Moon won't be this ultra-large and bright until 2034—so the experts say.

Okay, with the extreme tensions of the presidential election, and other time-consuming factors, I haven't been able to get much done on finishing up BLACK CAT BEAUTY. However, I am closing in. I'm hoping things will simmer down so I do have time and energy to finish and epublish Sable and Devon's erotic love story...then, start on my next authorly project. It would be so lovely to be able to get much more done, and written. Good gosh, my frustration is just tough to deal with, since I want to be writing so many more stories...you know, working on my WIPS.

Anyway, I've been looking at a few promo opportunities for WAITING FOR A FILLY GIRL, given this is Keina and Drev's Thanksgiving love story. Again though, time constraints get in the way. However, I just signed up at THE ROMANCE STUDIO for the TRS Thanksgiving promo party ~http://trsparties.com~

Here's a snippet from Chapter Seventeen of BLACK CAT BEAUTY:


Fear gripped every particle of her flesh as a whitish yellowish beam surrounded them. Without thought, Sable buried her face in Devon's chest, even as a long whoosh of light carried them inside.

"Black cat beauty, your claws are sexy as hell. Later, we'll play pin the cock in the pussy." His voice tenderly rumbled over her, encouraging her to look at him.

With her tail twitching tentatively, Sable retracted her claws from his upper arms. She cautiously cracked one eye open, then met his gaze.

"Welcome." His voice slid over her dark and deliciously.

Sable glanced to the side. Luminous violet lit the large area, and she could see nothing else. "Where are we? Besides just inside."

"Decontamination. Nothing that will harm you or alter you in any way." He lifted a swathe of her hair, then caressed his palm along the entire length.

With her confidence returning, Sable pricked her cat ears and attempted to peer  through the illumination. "Why did you bring me here?"

"Home away from home," he softly explained. His thumbpad tenderly brushed her cheek. "We are still in negotiations for colonization, Sable. This is our trade center on Earth."

Jolted by surprise, Sable's eyes widened, her ears angled to the side, and she whipped her gaze to his. "Your trade center. No one is allowed knowledge of—" She lost her voice.