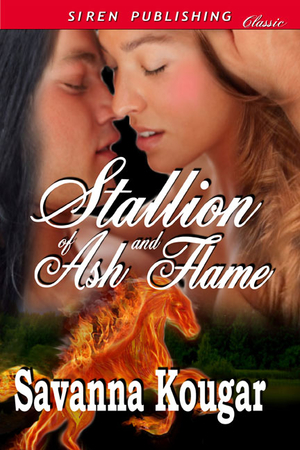 Shy Yet Sexy is this week's theme. Most of my heroines have a shy streak...you write what you know, right? Until Trail barges into her life, Seneca has kept to herself, preferring ranch life with her horses, and her other animals. In this snippet, though, you see more of her fiery nature.

Seven paragraphs from Chapter One ~

Before she opened the door entirely, Seneca peeked around the edge. The glisten of her bright sky eyes galloped over him. Recognizing him, she opened the door, her gaze meeting his without an ounce of pretense. Still, speculation flickered in their depths. Trail had decided a long time ago her eyes were a type of magic he wanted to explore. However, that could not be his destiny.

“Howdy, Seneca. I’m looking for a job. Mandy saw your ad for a hired hand until your brother can get back on his feet again. I’m applyin’.” He tried a small grin that he hoped looked more friendly than saying, “I want to grab your fine round ass and plunder your mouth until you melt against me.”