...dragon shifter who had taken up residence... 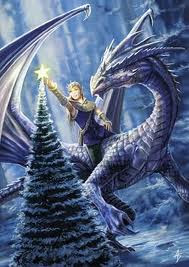 AND THE BAND PLAYED ON


Gill looked out over the back of the house, looking for any subtle difference.  Anything he could notice.  There wasn’t once speck that caught his eye.  Not even Vernon’s or Miss Ellie’s.  Even the local hawk shifter from two blocks over could locate the one thing Woody said would be there.  Damn, the work ranked up there with extraordinary and out of this world.  Well, given that supernatural powers and human created it, that last part rang true.
“Woody,” Gill began moving to his left, closer to the dragon shifter who had taken up residence with his band in the in-suite apartment in the subbasement of the mansion.  “You’re right.  It can’t be seen.”
~~~~~~