"Your beauty has enslaved me..." 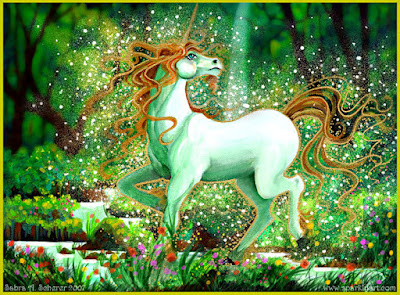 There are magical places in Wolf Peak Territory

Here's a nod to the wearin' of the green in the shapeshifter-supernatural world of Wolf Peak Territory. This is a flash scene I wrote last year with a bit o' revision to update it. Kynthia stars as the norse-goddess heroine, and Zhadus stars as her underworld hero with green-tinted skin.

Currently the Kougar is penning a prologue to her SHAPESHIFTER SEDUCTION Manuscript ~Waiting For a Filly Girl~ Hopefully this will be more enticing as a beginning to the story, since speaks of LOVE, a mate entering the heroine, Keina's life at this time. 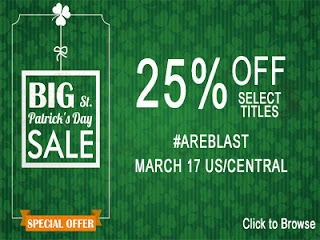 
A man with green-tinted skin...

Kynthia touched a bare toe to the beautiful green shoots emerging from a large patch of snow. She'd never known such freedom to be herself, as she now enjoyed in Wolf Peak Territory, Montana. After a long luxurious stretch of her entire naked body, she inhaled huge breaths of the chilled morning air. Her lungs thanked her.

With a leap forward, she skipped down the rocky hillside, sparsely dotted by Aspen trees and pine. She headed toward a fast-running creek, sheltered by outcroppings of rock.

The creek ribboned gently and Kynthia had been exploring it of late. She enjoyed the singing rush of water, the earthy watery smells -- and bathing had become a happy adventure.

Kynthia played with any wild animal who deigned to trust her -- including the pools of fish. She'd arrived in the Peak to help her half Norse goddess, half angel cousin,  Kalindi. Of late, Kalindi had been overwhelmed at her ice cream shop with customers. Apparently, many Peakites possessed a special fondness for her cousin's menu of creamery delights. No matter winter's frigid grip on the land.

Of course, the hot chocolate concoctions were pleasurable beyond belief, and Kynthia always indulged in them while dishing up ice cream, and learning the art of making hot fudge sundaes. Today, since it was that silly, snake-charmer saint's day, they'd be serving mint green treats of every kind.