Don't You Dare Read To Your Children... 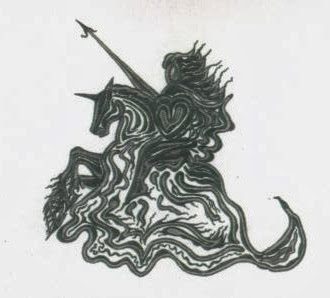 The above drawing was done by Savanna Kougar, and is copyrighted.

Hey romance lovers... do you believe this tripe-insanity??? [check the article below] Some of the happiest memories of the Kougar's life is when her parents read to her, or whenever her gradeschool teachers read stories to the class in general. Truly, this was a highlight in her life. She still loves hearing other people read books, or tell stories like the bards of olde, or hearing American Indians tell their ancient stories... after all, history for many people around the world was an oral history passed down from one generation to the next...
The Kougar believes we as the human race are hard-wired to hear/learn this oral history. In fact, one of the reason this Big Cat became a voracious reader was because her mom and dad read stories to her. And yes, she learned to read before kindergarten because her mom would read children's books to her.
And gosh, what's wrong with giving your child an advantage in life? Gosh knows, we all need it, especially in this tumultuous/precarious day and age.
Not to dare mention, *one reason* the Kougar is a romance writer is because she wanted to share great love stories with others who also love romance.
But...imagine if you will...if parents actually buy into this psycho-idiocy...will there even be a new generation of readers???
Who will benefit if children are no longer into reading???
How will humanity progress if reading and books go by the wayside??? Didn't learning how to read help open the doors for those who were slaves or peasants...or part of the so-called underclass.
Why aren't we offering a hand up to those who are 'disadvantaged' -- as far as their ability to read??? Time was, that was the focus, offering classes/tutoring to those who wanted to learn how to read, or read at a higher level.
And, why should those of us who excel at anything be pulled down simply to spare someone's oh-so delicate feelings??? Gee, doesn't that lessen society as a whole?

Professor: If You Read To Your Kids, You’re ‘Unfairly Disadvantaging’ Others

KATHERINE TIMPF
National Review
May 25, 2016
According to a professor at the University of Warwick in England, parents who read to their kids should be thinking about how they’re “unfairly disadvantaging other people’s children” by doing so.

In an interview with ABC Radio last week, philosopher and professor Adam Swift said that since “bedtime stories activities . . . do indeed foster and produce . . . [desired] familial relationship goods,” he wouldn’t want to ban them, but that parents who “engage in bedtime-stories activities” should definitely at least feel kinda bad about it sometimes:
“I don’t think parents reading their children bedtime stories should constantly have in their minds the way that they are unfairly disadvantaging other people’s children, but I think they should have that thought occasionally,” he said.
But Swift also added that some other things parents do to give their kids the best education possible — like sending them to “an elite private school” — “cannot be justified” in this way.
Read more
This article was posted: Wednesday, May 25, 2016 at 6:32 am
Posted by Savanna Kougar at 12:25 PM

Email ThisBlogThis!Share to TwitterShare to FacebookShare to Pinterest
Labels: Reading is the future