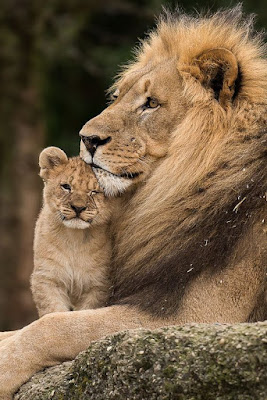 Summer on the tame prairie...well, there have been the high-humidity days, where my energy gets zapped. However, the last week has been pleasant, mild temps, and much lesser humidity...yay, lovin' it! When I was trekking down to the mailbox recently, I noticed, of course, all the beautiful flitting butterflies...then, I realized I hadn't seen the huge black butterflies, or the huge yellow butterflies, of years past. Fortunately, since then, I've seen a few—such gorgeous wonderful creatures—yet not like last year. Hopefully their food source is still abundant. There haven't been any major changes in my jungly yard's generous supply of wild plant life, anyway.

And, guess what? I managed to carve out a few paths with the new lawn mower, and mow my half-mile, gravel drive down to the mailbox, leaving as much of the wildy goodness as possible for the birds and the bees to dine on, and all the other wildlife like the small deer herd.  Yep, that's quite an accomplishment for me, given the state of my health...which has obviously improved this past year. No way could I have done this in previous summers. So, that's a good thing!

'Course, that means I'm busier than ever, since I have more energy to expend. However, I still have to be real careful, or the symptoms return. ~sighs~

Enough about that...currently, I have several irons in the fire as far as writing projects...one is definitely secret and being written under a new pen name. I have so many WIPs I wish I could write and finish. One of them is my six cowboys, one woman menage, set in future, tentatively titled; Their Wildcard Woman. Then, there's Sensual Sabotage, a futuristic focused more on the erotica relationship that develops between my heroine and hero. Then, I'd like to try my penning hand at a spicy, old west romance for Prairie Rose Publications...they have a submissions call for these short stories. And! I might be able to go through and revise BLACK CAT BEAUTY in time for a Halloween re-release, since it's a Halloween-themed erotic romance. Years ago, I pulled it from Liquid Silver with the idea that I could quickly revise and release...but, as usual, life didn't cooperated...maybe now??? If so, I'll probably have to go with new cover art.

Here's the *tame* beginning of my secret project...

Uberyia, A Land Lost To the Mists of Time
The Island of Scotlion, the Warrior Clan

Strong bitterly cold winds whipped his kilt about, and slapped his bare legs. Droegh secured his broad blade, the scabbard loosened by the sweeping gales. Winter must have it's way, he thought.
"The scent of snow rides on the wind. The red deer are moving to better feeding grounds." Droegh spoke to Tonchu, his dog companion.
The large beast nodded beneath his hand, then sent a mental image of an elk herd he scented.
"I see them." Droegh stroked his dogs flattened ears. Tonchu could fend off a pack of wolves, and fight off a squad of invading soldiers. Over the years, they'd been in many a battle together.
At the break of dawn, he and Tonchu trekked to the highlands, usually accomplished once a month. Harsh and craggy, the great plateau lay in the middle of their clan's enormous land.
Droegh leaped onto a flat boulder with the girth-size of a bull mammoth. Tonchu jumped up beside him, and Droegh rested his hand on the dog's thick-furred shoulders while he scanned the great plateau from his favorite vantage point.
The life-giving sun rode low on the horizon, touching the stark wild beauty around them with gold. Droegh gradually turned, observing the scattered animal herds, the large patches of the edible and medicinal plants. He mentally recorded his observations for the hunters, healers, and the shamans.
Such knowing was his duty as Laird of the Zacheo Vudyr Clan.
Droegh silently praised the magnificent bounty around him. Such sustenance was needed by his people, even though rich farmland and grazing pastures surrounded their stone settlement.
Oerdan, the Creator, is good to us as always.
The vast highlands dotted by ancient rock sculptures, the snow-topped mountains in the distance, nourished Droegh's ancestral soul. The blood of his ancestors raced through him like a river of fire. He burned with power, with aliveness.
Alerted by telltale shrieks, he and Tonchu shot their gazes skyward. A family of giant gray hawks circled searching for prey. Despite the relentless gusts of wind, their flight remained steady. With twelve foot wingspans, the great hawks owned the cloud-misty blue skies.