Would You Sit On Santa Wolf Claws Lap? 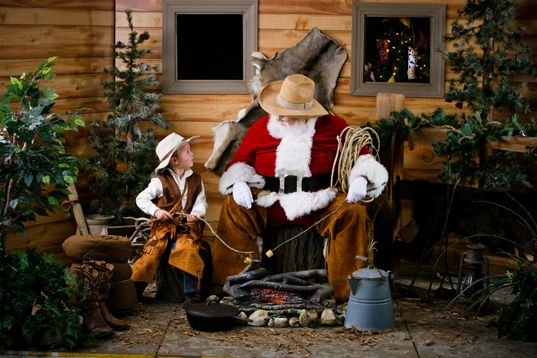 So, a short post today. Ever been followed by about thirty head of young Angus cattle? My neighbor rents out our pastures and he let a whole bunch of his cow critters graze in the west side pasture. Anyway, as I trekked down to the rural mailbox, the cows must have decided I had something good for them to eat because suddenly they all gathered at the fence. Looking very expectant, this large group followed me partway. Truth to divulge, it was kinda scary because there were so many of them. 'Course, I told them I had nothing good to give them. Then, if that wasn't unsettling enough, on the way back up the half-mile drive, a bull in the neighbor's pasture was throwing a fit, sort of. He sounded as though he was growling. And he'd make these high-pitched bellows. He didn't look all that friendly, I can tell you. What did I do? I growled loudly at him like I've learned to do...works on some dogs. And hey, if there's a possible intruder I could easily be mistaken for a vicious dog. In fact, I've stopped coyotes from howling by making loud dog sounds. Strange, huh? Yeah, life on my tame prairie.

Anyhoo, I began Christmas-themed short story set in Moonrise Lake, the small town in Wolf Peak Territory. *KNOCK ON WOOD* I'm successful in writing it. Okay, the heroine, new to town, is offered a job at the Magical Forest Bakery. Lady Clarice is the owner and she is having various Santas -- for the children -- take turns as animal Santa Claws -- the first one being a wolf, or a real wolf shifter. However, our heroine doesn't know that... she simply believes it's a very clever Hollywood costume.

But say you were passing through Moonrise Lake, and you followed the delicious smells to the bakery. There, inside the gingerbread-looking shop is -- LO AND BEHOLD -- a Wolf Santa Claws giving out treats to the children. They're sitting on his lap having a fun giddy time... what would you do? Join in the merriment or...? 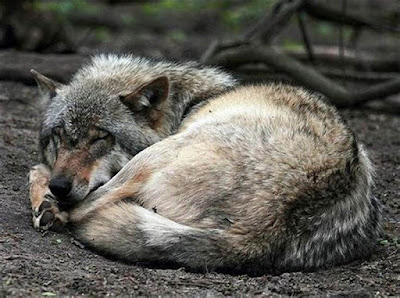 Exhausted After a Day of Being Wolf Santa Claws

Posted by Savanna Kougar at 1:01 AM