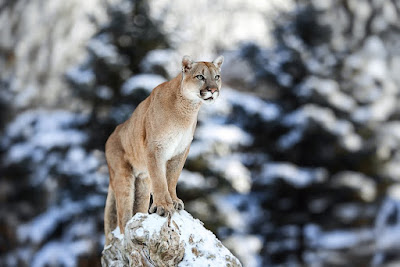 How's the NEW YEAR treating you?

Yowls, it took me forever to write that post. Why? I'm not certain. However, my thoughts refused to form themselves into the written language. Finally, however, it worked after I got darn cat-scratching mad. I believe the blog turned out pretty good. But that's up to anyone who reads it.

Anyway, I also wrote a whole section that I did not use because it was essentially off topic a bit, and would have made the post too long. I'm thinking of posting it here. We'll see. Of course, this section could be somewhat controversial to some.

So *knock on wood* I am writing, and so far, it's going GOOD. My heroine and hero, Karyssa and Zeth, are on their first date at a small cozy Italian restaurant in Moonrise Lake, the small town in Wolf Peak Territory, Montana.

Here's an unedited *background* snippet, which is very dating-tame...

Zeth cut the engine, stepping into the icy cold he liked, especially as reindeer. He strode to the passenger side, handing Karyssa out. The frozen expression on her face as she met his gaze disturbed him. She'd slipped inside her blue-blood, 'correct behavior' shell.

Given most of the snow had been cleared, he lightly gripped Karyssa's elbow, walking her the short distance to the front entrance.

The smells of rich, herbed Italian cuisine greeted them at the door. Eight other couples, as Zeth counted them, were seated in the intimate booths. Younger members of the extended, dog shapeshifter family served the couples one on one.

The large family were Volpino, a canine breed from Italy. As Zeth understood it, they'd fled Italy during World War II, arriving in New York.

Their ability to shift aided them greatly in establishing themselves in America. They'd gradually traveled westward, whenever threatened with exposure.

With their farm's abundance, they'd opened the Fireside. The exclusive dining establishment served small parties during the evening hours only.

"Ah, Zeth, my friend." Marina smiled beckoning him toward the booth he'd reserved, next to the crackling hearth fire.

"A pleasure to meet you, Karyssa." Marina offered her hand.

"Wine?" Marina arched her brow, her eyes dancing. "I have a new Chianti I'd like you to try."

Posted by Savanna Kougar at 3:55 AM