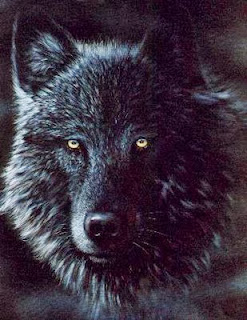 Wee hours of the morning mews, gorgeous and galaxy-gallivanting Big Cats... overcast on the tame prairie today with just a smattering of rain... the Kougaress should try a rain dance... maybe the goddess of rain will laugh and pour down some of the vital wet stuff... please, oh please.
Take care, prepare, and watch your tails, darling kittens. 'Cause this Big Cat loves ya!
~~~~~~

Hey kitten readers, Pat Cunningham, the Kougar's author buddy at SHAPESHIFTER SEDUCTIONS, has entered Harlequin's So You Think You Can Write contest. Pat is using the pen name Dana Stewart. Her entry is fun-scary, compelling to the max, and the dark magic is definitely rising! Here's the link to her chapter...
~ soyouthinkyoucanwrite.com/manuscripts-sytycw-2013/spark ~

So, the Kougar got some more done on her author blog... it's a slow process at this point since she can only devote so much time and energy.

And, gosh, RED LIONESS TAMED is so close to being finally revised, the Kougar would love to get that done!
YAHOO is still being a 'pill' ... sometimes the 'new topic' works... sometimes not... and the same when using email... WHAT A GIGUNDIS UN-FUN MESS!
~~~

So, here's the deal. I had an idea for a Big Foot flash scene, which I began writing. However, I'm exhausted after a long day of unexpected problems. So... instead here's Chapter Two from my WIP currently titled, The Black Wolf’s Prophetess -- starring Sondra and Duke, a wolf shapeshifter. And, yes, it is UNEDITED.
~~~

Duke Zon sauntered toward The Red Rock Den, his town’s noon to late-night hangout. The large private room at the back served as the common meeting ground for the males of his Virgo Moon Clan, and had for the last hundred and thirty years only when they stayed in human form, however.
For an instant he halted in his tracks. The raw alpha musk of Duke’s two older brothers, Thor and Tibur, boded trouble, the kind where they would all simultaneously shift to wolves and attack each other in a ferocious, all-out battle for rule of the pack.
~~~~~~