Have a Wonderful Thanksgiving... and Meet Dajhir... 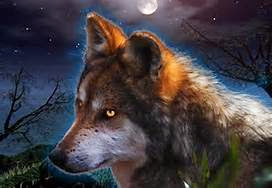 Long Lost Son of a Wolf-Cat at SHAPESHIFTER SEDUCTIONS on Tuesday.
~~~

Late afternoon mews, Thanksgiving romping Kittens... still cold on the tame prairie but the bone-biting wind has died down, and the sun shone brightly... yeah, life is still way-discombobulated for the Kougaress... so, until next time...

Shapeshifter lovers, keep an eye out for the NEW website designed for SHAPESHIFTER SEDUCTIONS by Serena Shay.
~~~

Long Lost Son of a Wolf-Cat by Savanna Kougar

May your Thanksgiving be a time of joy... and wow, Christmas day is now a mere month away. This year has been a speeding bullet. So, before you know it, 2014 will be on the doorstep, demanding to be let in.

This flash scene was a brilliant flash before my mind's eyes, as I realized Damien Hancock, the crime-boss alpha wolf who originally took over Talbot's Peak with his pack – had a deep dark secret that was now showing up on his territorial doorstep.

Long Lost Son of a Wolf-Cat

As he surveyed one entrance of the Interspecies Pleasure Club from afar, Dajhir lowered his thickly furred hindend, sitting on the frozen blanket of snow. Ever since he'd discovered the identity of his real bio sire... or, his sire had discovered his existence, he'd been on the run.

A very fast long run as both human and while in his animal form.
Airplane hopping, especially given the TSA constraints, and hiking across long stretches of sparsely populated land on his four, now-sore paws was not his particular cup of Earl Grey tea.
~~~~~~