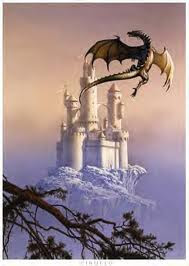 Nick twisted and turned, performing more aerial acrobatics than he thought possible, in hopes of keeping himself from becoming a shapeshifter shish-kabob.  He’d never dreamed his life would come to such a pointy end and wouldn’t involve wood of some sort.  Sadly, he’d miss out on the best parts of life…his pups laughing and playing and growing up.  He’d miss it all.  And damn it…he’d never marry the female of his dreams.

With a quick glance towards his mate, straining to reach out to him, Nick let loose with a soulful howl and prepared to meet the Lupa snout-to-snout.

The Kougar is writing Chapter Forty-three of WAITING FOR A FILLY GIRL, her ShapeShifter Seductions WIP... Ongoing in this chapter: Dante has a mission for the heroine and hero, Keina and Drev... and for the secondary characters, Dugger and Symone... Dugger is a downunder dingo shifter, and Symone is from a parallel Earth.. . she's an aerial-platform sharpshooter. Yep, they must help save Talbot's Peak territory from a sky invasion of drones.

Posted by Savanna Kougar at 3:45 PM