Promise Her Sunlight... Promise Her Halloween At The Bohemian Thunder Club 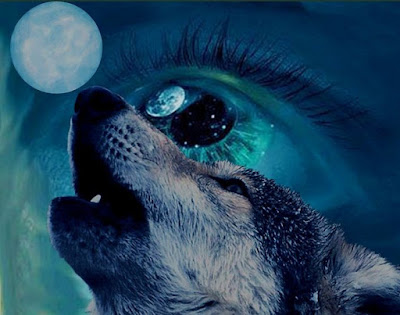 So, the spookiest night of the year is streaking toward us like a mob of hostile apparitions. And again, I apologize for another late posting. However caretaking duties comes first.

And yes, I hope you enjoy another flash scene with my human heroine, Kailla, who is being courted by Thundercloud, a god-wolf shifter. Big hunky Thunder stars in this scene, and is not expecting Kailla's arrival at his pack-clan's nightclub. However, he is not a wolf to be caught off guard.

The previous flash scenes are: *One Shade of Silver Wolf*, *Thundercloud yanked on his mental leash.*, *Did the man lift mountains as a hobby?*, and *Halloween Huntress of the Star Empire*.

Promise Her Sunlight... Promise Her Halloween At The Bohemian Thunder Club

"Promise her sunlight." Thundercloud's big brother, Thunderbolt clapped him on the shoulder as he spoke. Yet, Bolt's sharp gaze remained on the nightclub's prep crew, who scurried about efficiently checking and rechecking every inch of The Bohemian Thunder Club. All must be in perfect order, immaculately clean—the candles lit .

The warm candlelight sparkled the glassware, the silverware, and diamond-shimmered the crystal centerpieces, trimmed in gold. Most superior though, a woman's beauty was enhanced by firelight, and her soul always responded. Her feminine essence flamed high, becoming a splendor men fell headfirst into.

With his superior nose—the best nose of his clan-pack—Thundercloud carefully sniffed the stimulating, pungent blend of essential oils infusing the air. As he always did when working at the club. Reminiscent of their Norse god roots, the married scents of deep forest,  spring flowers, and sky, were carried by the breezy currents of their circulation system.

Wishing you love and passion on the wild side ~
Savanna
Savanna Kougar ~ Run on the Wild Side of Romance
Posted by Savanna Kougar at 3:07 PM