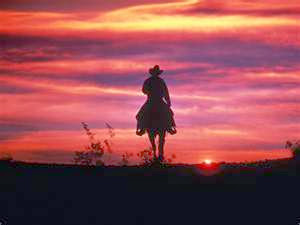 Let the cowboys ride from sunset to sunset...  the Kougar has made her blog Rawhide and Sundown Romance operational...

Late night mews, bossy and beautiful Pussycats... really warm temps on the tame prairie today with some lovely winds too... Spring appears to be emerging and the daffodils are growing... so, this Big Cat hopes it doesn't get icky frigid again... oh, and since 'bossy' is supposed to be a no-no word now, the Kougaress hopes to use it all the more... and just maybe Bossy the Cow liked her name, so there!

Get ready for a chaotic bumpy ride as world events collide, darling kittens. And remember, this Big Cat loves ya!
~~~~~~

The Kougar got quite a bit done on her western romance blog, RAWHIDE AND SUNDOWN ROMANCE ~rawhideandsundown.blogspot.com~ However, not without trials and tribulations. March 20 is the start date for the Springtime in the Country Blog Hop ~cowboycharm.blogspot.com~

ALSO! We authors at SHAPESHIFTER SEDUCTION are participating in the SPRING FLING BLOG HOP ~hopswithheart.blogspot.com~ from March 20-23!
~~~~~~

THE PAST KEEPS REVEALING ITSELF 'NEWS' ~

Powerlines disturb animal habitats by appearing as flashes of UV light
A study of wild reindeer in Norway has shown that they can see overhead power lines in the dark because their eyes are sensitive to the flashes of ultraviolet light. — The Independent
~~~~~~

New dinosaur, cousin of T. Rex, discovered in Arctic
cbc.ca | Scientists have discovered a new species of dinosaur that called the Arctic home 70 million years ago.
~~~~~~

Revealed: Reservoir Hidden Beneath Earth’s Crust Holds as Much Water as ALL of the Oceans
DailyMail.co.uk | Believed to be 250-375 miles beneath our feet.
~~~~~~