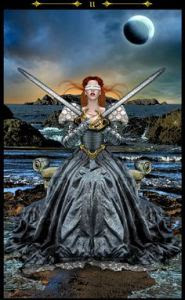 Nighttime mews, puddle-splashing Kitkats... no rain on the tame prairie, just steamy warm... the last several days were cooler and have seen intermittent rainshowers which have created swampy areas where the water collects... but no real flooding, thank goodness... so, this Big Cat has been under the weather with some type of energy-stealing virus... yep, no wind in her sails... now, except for the lack of energy, the virus seems to be leaving... and good riddance... anyway, doing all that extra physical lifting earlier in the week likely lowered the Kougaress's immune system... anyway, only the absolutely necessary stuff has gotten done, which this Big Cat is grateful she's been able to manage.

Hugs and snugs, most darling kittens. Keep a watchful eye out, and keep watching out for each other. And remember, this Big Cat loves ya!
~~~~~~

So, the Kougar spent what little energy she had reading over Rebecca's manuscript, WITCH'S MOON... wonderfully entertaining, indeed!

Book Binge Time! Oh, And "Witch's Moon" is at the Editor's.
by Rebecca Gillan

Whooh! "Witch's Moon" is officially being edited by the lovely ladies at Wicked Dragon Writing Solutions. Words cannot express how manically I was working on it because, as I mentioned in an earlier post, I didn't figure out what was bugging me about the ending until after I commited to an editing block. So I spent the entire month of May frantically re-writing the last third of the book.

Census day was not far off.  Gill looked at the calendar and grinned.  To have an idea of how many species of shape shifters called the Peak home would gain them a foothold in the supernatural world.  Not that many wanted it known they existed or resided amongst humans.  Many welcomed their counter part as the humans calling the Peak home did.  Those on the outskirts ventured into town knowing the unusual was normal there.
~~~~~~

Doctors Agree: Roswell Slides Show a Nonhuman Body
Monday, June 1, 2015
Jaime Maussan has now provided testimony from doctors, all concurring from different viewpoints that the slides he presented at a Mexico City conference on May 5, do not depict a human body. The fontanelles are observed to be closed like those of an adult. ~unknowncountry.com~
~~~~~~

UFOs and the Robertson Panel
Wednesday, June 3, 2015
Nick Redfern writes about why the contactees of the 1950s – such as George Adamski, became the subjects of extensive, official government agency files. — Mysterious Universe
~~~~~~

Demons and the Defense Department
Friday, June 5, 2015
In November 1991, a Nebraskan priest had a clandestine meeting with a pair of physicists working on a top secret program for the US Dept. of Defense. — Mysterious Universe
~~~~~~

Mysterious Clumps of Worms Line Texas Highways
Friday, June 5, 2015
The deluge that flooded parts of Texas over the past week created a strange sight on a patch of the state's highways. — Discovery News

Eel-like fish falling from sky in Alaska city
Saturday, June 6, 2015
An ugly eel-like fish has been falling out of the sky this past week in Fairbanks, Alaska. — CBS Seattle