Letting his nose follow her... Summer of Her Golden Wolf 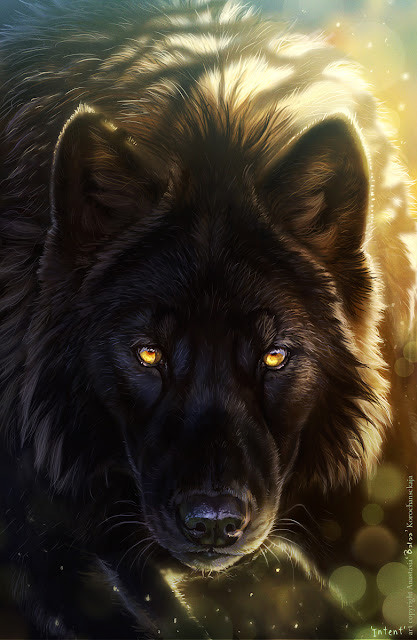 A couple of days ago on my tame prairie, lightning and loud thunder rolled through for quite a while during the middle of the night. It was definitely a wild-sounding storm that dumped over six inches of rain. Fortunately nothing was damaged.

Also a couple of days before, another odd lightning event happened. I was letting one of the pets inside, and as I bent over to pick him up, this white misshapen ball of plasma-looking lightning—about the size of a softball—flashed directly behind him. So close, it couldn't have been more than a foot behind my pet...if that. However, there couldn't have been any real heat or sparks or any electrical charge because he didn't react at all.

This strange event was similar to one I had, say over a year ago, where a blue streak of lightning flashed by my west-facing window, so close it stunned me. And what was also odd, this blue plasma-looking lightning streaked parallel to the ground, not toward the ground... and again, there were no burns or anything on the plants... nothing was singed at all. Weird, huh?

Okay then, here are another two hundred words of my ongoing flash-scene story. The previous flash scenes can be accessed above. Just click the tab for the page.

XIII
Struggling to keep her breath, Kassy walked faster than was good for her. About halfway to her minivan, she glanced over her shoulder. He wasn't following. Bigtime relieved, she slowed gulping in breaths. Glad I parked in the shade. Close to hyperventilating, Kassy climbed inside her temporary travel home on wheels. She locked the door quickly. No sight of Mr. Wolf Zorzun. Once her breathing eased, Kassy grabbed her water bottle, and swallowed her supplements. She would have driven away, except a familiar exhaustion claimed her. Kassy could only crawl to her makeshift bed. She collapsed on the large pillows.

XIV
Letting his nose follow her, Zorzun planted his feet on the ground. Once he heard her vehicle's door open, the chase was on. His woman's scent told him an unhealthy fatigue caused her to fall asleep fast. His challenge: save his woman from herself, then meet Pellegro with a bottle of wine in about forty minutes. As if fleas attacked, Zorzun Itched to wolf-heal her. He silently opened the back door of her minivan, no problem. Careful not to disturb her, he slipped inside. Getting out of his clothes proved interesting in the confined space. But unleashing his wolf, easy.