"Wolf?" Kassy blurted out... Summer of Her Golden Wolf 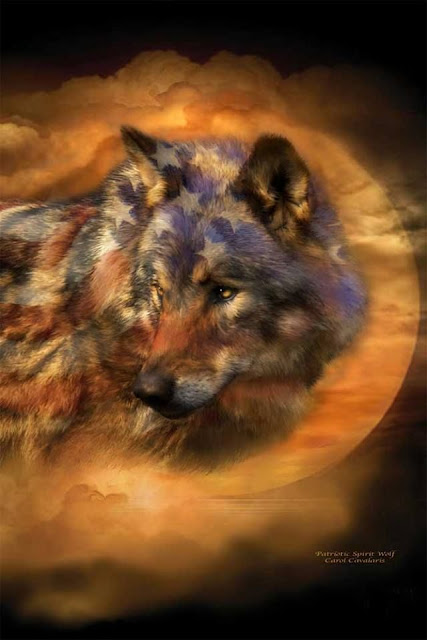 *Summer On the Tame Prairie* howls and yowls, shapeshifter lovers.

Here's hoping you have a wonderful FOURTH celebration!

The butterflies have just been exquisite this year, and often dancing-flit with each other. Oh, today, I did have a scare when I trekked back from my mailbox. Unknown to me, a bee flew down the back of my shirt. I felt this like bites twice on my upper back...not too painful. But I ended up taking the shirt off, which was a very good thing, since the bee flew off... it hadn't stung me too deeply, and I made it back to the house without the severe *can't breathe* stuff kicking in. I took my Aller-Max capsules, felt some systems, but was okay a couple of hours later. Thank you, Divine.

Okay then, I did pen the next two hundred-word flashes for ...

She drew him like a super-charged magnet. Zorzun forced himself to continue his casual stride toward Hendricks Mill, where the mined gold had been processed. Howl about fate's inopportune timing. Here he was on a mission, and mating excitement gnawed at him with vicious fangs. He hadn't even seen her. Not yet. Wait! Zorzun halted in his tracks, sniffing again. By the grace of Mother Shining Moon, the demigod's supernatural odor slapped his nostrils. More intriguing, the woman's scent mingled with Pellegro's. They stood together inside the ore mill. Howls, yes! Zorzun hurried his steps as fast as he dared.

"Wolf?" Kassy blurted out. Damn, wish I hadn't said that. Leave, she told herself, before something weird, something not-good happens. Intending to slip around Mr. Rooster Guy, instead Kassy found herself sandwiched between two tall muscular men. Very *yum* muscular men. Her breath jerked inward. As quick, the air whooshed out of her lungs. Great, how embarrassing. "Excuse me." Kassy took a step. The wolf, as Mr. Rooster called him...he moved with her, blocking her escape. "Pellegro, may I assume?" Mr. Wolf's deep resonant voice shivery-melted Kassy—to her shock. No, no! She stiffened her spine. "Get out of my way."

"Pellegro, may I assume?" Zorzun made damn certain the flame-haired woman remained caged between him and the half-god.
"Get out of my way." Even though her tone was soft, controlled, her words pelted him, both ice and fire.
"Ma'am, I'd like a word with you. Please."
"What for?"
Picking up her mental vibes, Zorzun knew the woman pressed against him, wished like hell she could stomp his foot. Leave. Given he sported cowboy boots, and she wore running shoes, he was safe. Zorzun grinned to himself.
"At your service. To whom am I speaking?" Pellegro smirked, understanding glinting his eyes.


No, as I said in the last post, I won't be participating. Not enough time, and I just can't get into FACEBOOK. It's like a big ole mental block. But, enjoy yourself with these wonderful authors. FB Event link: https://www.facebook.com/events/266990710437340

Public
· Hosted by Romance Writers Behaving Badly and 9 others