She said her name was Chloe. 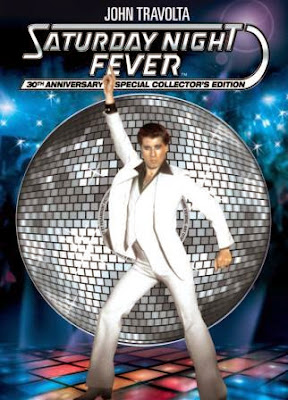 The good ole days when life and dancing was actually fun...

at SHAPESHIFTER SEDUCTIONS ~
Late night mews, Saturday night fever Pussycats... a mostly sunny day on the tame prairie with bouts of pre-storm winds... a thunderstorm is forecast for early morning... so, we'll see... the Kougar's red rose bush is blooming like crazy, and is so heavy, several of the stems bent... and wow, a busy-busy first part of the day, then this Big Cat lost her get-up-and-go, and had to rest... but it's been a very long week.

Lots of worldwide craziness coming up, darling kittens. Keep one eye peeled and your nose to the ground. 'Cause this Big Cat loves ya!
~~~~~~

Monday:
She said her name was Chloe.  Her two-tone blondish red hair curled on its own all over her head.  Her bright blue eyes sparkled when she smiled.  Even her bust seemed to bounce with their own counter rhythm as she jogged along the beach.  Her tight uniform t-shirt drew his gaze regardless of where he looked.  Blasted logo seemed to plaster itself tighter against her breasts the more Gill tried to read what the print said.  That was his story and he stuck to it.  She chirped as she walked by him at lunch and dinner.
~~~~~~