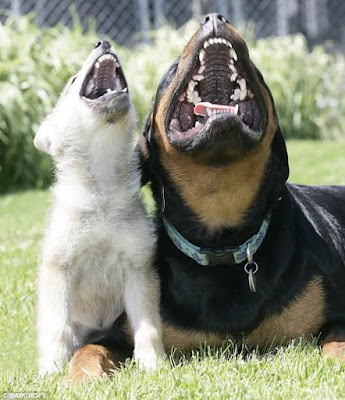 So, for now, here's the endpoint of Operation Crunch, my series of flash scenes around state agents attempting to intimidate Gil, the beloved mayor of Talbot's Peak.

Meanwhile, I'm trying to finish my ShapeShifter Seductions WIP, titled: Waiting For a Filly Girl. It's been hit and miss given the life obstacles going on. But I hope to have more writing time soon. Right now, I'm closing in on 40,000 words.

At the first sight of their car -- which looked as though a gang of thugs had taken metal pipes to it in a fit of mindless savagery, then a flock of seagulls had flown over and unloaded -- Pete and John swerved toward the possible refuge offered by a couple of large cottonwood trees. Immediately, they were rushed by the *had-to-be* most humongous brown bear on Earth.

'What a trophy kill,' Pete thought, even in the midst of his adrenaline-fed panic. Even as he was forced to run like a madman back to their car by the snarl-growling bears surrounding him and John. In that instant, he knew without doubt, he would never ever go to Talbot's Peak again. Shit, no matter if his career took a serious dive.
~~~~~~