Thundercloud yanked on his mental leash. 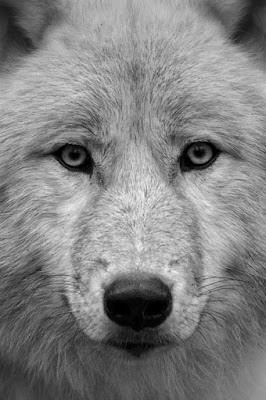 Here's a continuation of my recent flash scene, One Shade of Silver Wolf.  Thundercloud figures the best way to meet Kailla is at Talbot Peak's BBQ cookoff and faire.


Thundercloud yanked on his mental leash.

Thundercloud yanked on his mental leash. What was he doing charging at the woman he wanted as his mate?

She was human. Even if she liked wolves, was an animal lover, she couldn't help but be frightened by a larger than average wolf running straight at her. Howls to Thor, even enclosed inside her minivan.

Reluctance knifed to his bones, but Thundercloud forced himself to slow down. He loped at a speed that kept her in sight, and thanked the Great Wolf One the woman appeared to be headed into Talbot's Peak, rather than bypassing the town, owned by shifters and various types of supernaturals.

If her luscious scent hadn't gripped his nose like a welcome vise, Thundercloud would have been salivating over the bounty of smoked-meat odors now wafting from the center of town. He'd planned on enjoying the Peak's BBQ event, and a cold brew at Rattigan's, after his run through the late summer fields and wild forested land.
~~~~~~