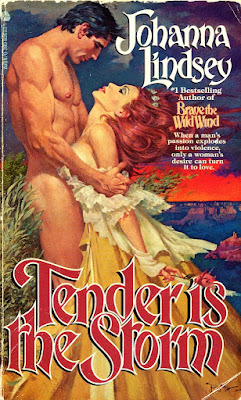 Cover Art: 19th Century America | Johanna Lindsey
johannalindsey.wordpress.com
Sharisse Hammond had no intention of giving herself to some rancher who had sent for a mail-order bride! she had gone West only to escape the New York ...

I couldn't resist posting this cover art when I ran across it during a search... ~smiles~
~~~

Cold winds today on the tame prairie, even with the more moderate and wonderful temps. But the cold is moving in again.

Once again, here's a continuation of Sheriff Roy and his bobcat beauty, Xanya's love story. Roy is wondering at himself for asking Xanya to the Saturday Night Barn Dance... however, there's another kind of trouble heading his way.

Once he stepped outside the diner, Roy clamped his Stetson on his head in a manner that rarely happened. Only when he was agitated. Well, he was damn well lustfully agitated, alright.

Winter's frigid wind slapped him in the face. But he barely noticed the cold, only taking note of the icy stinging snowflakes.

Yeah, head butting what? What was he doing asking Xanya to Saturday's barn dance?

Like he had a damn choice. It was either court the young beauty, or fall prey to their carnal chemistry for each other.

Or scale the highest nearby mountain as his ram self, and stay there. Until his testosterone-fueled ardor cooled down.