Playing Cupid at the Pleasure Club 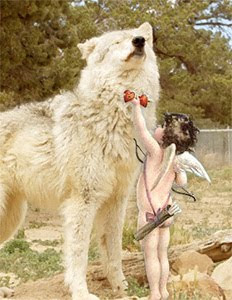 Shapeshifter lovers, just 'cause I'm in the mood, here's another Valentine Flash-Blast from my past that was originally posted at the old ShapeShifterSeductions.

The Kougar is finishing the last paragraphs of WAITING FOR A FILLY GIRL, her WIP starring Keina and Drev.

And likely she will sign up for the linky blog hop MY SEXY SATURDAY at  ~mysexysaturday.blogspot.com~ and will be posting at TITLE MAGIC ~titlemagic.blogspot.com ~

February 15, 2011
Playing Cupid at the Pleasure Club
Almost full-moon howls, shapeshifter lovers. So, I was suddenly struck by the idea of a cupid pretender. Maybe, my muse considered it to be a good ha-ha jest and she shot one of those Valentine’s Day arrows through my writer’s brain. But then, I always have been overly curious. What would it be like to play cupid? Sorta...


Playing Cupid at the Pleasure Club 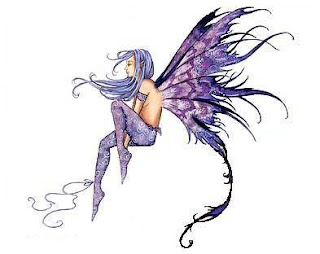 Sliding deeper into the steam-hot, bubbly spring water, Kessi muttered, “Playing cupid isn’t all it’s cracked up to be.”

Why she’d ever let Pietro, a full-fledged cupid, talk her into taking over part of his flight route on Valentine’s Day...well, all too obviously, she’d been a gullible mark. Fun, he’d said, and oh-yes! Oh-so joyfully rewarding. In her defense, Pietro did own a silver tongue and could sing so beautifully Kessi vibrated to the ceiling every time.

And, okay, so some of the couples she’d arrowed had made her own heart all shimmery with delight. While invisibly hovering above them, she’d been filled with an utter sweetness and a lightness of being, as she watched them realize their love for each other.

Still, Kessi hadn’t been this frazzled and definitely undazzled for a long, long while.