Sheriff Roy hauled his butt out of his truck. 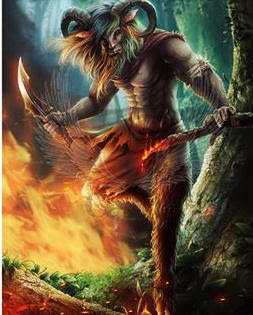 Yepadoodle, unseasonable warmth has taken over my tame prairie, and I'm lovin' it.

This week's flash scene continues the love story of Sheriff Roy, ram shifter, and Xanya, a bobcat shifter. In this scene, Sheriff Roy speaks with Dante about who is after him, and why. Plus, he gets a bit of advice from Dante about romancing a feline shapeshifter. ~grinz~


Sheriff Roy hauled his butt out of his truck.

Satisfied no one followed him for the time being, Sheriff Roy hauled his butt out of his truck. Damn sure, he was under tech surveillance, though. Who wasn't these days?

Roy strode toward the side entrance of his nephews' ranch house, a large rambling structure. He rapped on the door, their code knock, in case either Dilesco or Zerlo was home.

Currently, they kept their trucks and cars out of sight, inside a huge unattached garage that also contained their ranching equipment. Nope, no answering knock. So they were out and about.

As he turned the doorknob, Buffster and Millie, his nephews' two Old English Sheepdogs, boomed several barks. Once Roy stepped inside, they wiggled happily, wanting his attention.

Roy gave them several pats on the head. "No one home, right?" With his hand on Buffster's neck, he headed for the dog cookie jar in the kitchen. Roy pulled out a couple of treats, tossing them in the air. Both sheepdogs leapt, their  big jaws snapping around the cookies.

Due to speak with Dante soon, Roy gave Millie and Buffster final pats. With his skin prickling something fierce—yep, his life was about to go into high strangeness—he walked toward the steps leading down to the basement.