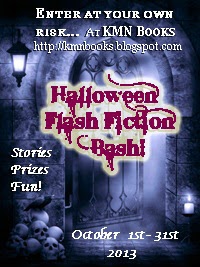 Late night yowls and mews, weekend-wandering Big Cat Beauties... chilly 'brrrr' on the tame prairie today... and some rain fell during the night... the Kougaress is always grateful for each raindrop because rain is so needed... another insane-busy day for this Big Cat... yeoowwws!
Kitten coos, if you want a small crash course in the dark-side sorcery being used against the American people, check out Douglas Dietrich, the renegade historian's Saturday show on Revolution Radio ~freedomslips.com~ it's deep dark very nasty and complex stuff.  However, the Kougaress hasn't *totally* figured out yet why Douglas despises Alex Jones as much as he does, since Douglas'ss view is skewed or off base about who Alex is and what he's achieving. ~shakes head ???~ Other than it was a profound and a fabulous-info show.

Okay, here's a silly headline this Big Cat came up. She was inspired by a joke told on Douglas Dietrich's show.
***HEADLINE: Brain Eating Zombies Die in Washington DC For Lack of Brains***

Take care, prepare, and swear when necessary, darling kittens. 'Cause this Big Cat loves ya!
~~~~~~

OCT. 1 to Oct. 31. Thirty one days of FREE stories from 31 authors!
Some of the authors are also giving away extra goodies, and at midnight on Oct. 31st there will be a grand prize drawing. 3 GRAND PRIZES FOR 3 LUCKY WINNERS!

Don't be late and bring a friend! We promise we won't bite... unless asked.

OCTOBER 6 ... At KMN Books: Savanna Kougar is the featured author today for the Halloween Flash Fiction Bash. Along with her Flash Fiction Tale, she's giving away a PDF copy of Kandy Apple and Her Hellhounds to one lucky reader! Find out how you may add this treat to your goody bag.
~~~

MUSE ON DEADLINE. . .NO MAKE THAT ONE STORY ONLY!!by Solara

...Mean while I'm finishing up the second book in my Cascade Bay Series, working title Tina's Treasure.  A hot menage is happening with a HEA for our heroes and Tina.  Here's an excerpt for your reading pleasure:

“Dude,” Drake fussed pointing at Jon. “I ain’t French kissing you.  So put your tongue back--”
“I am,” Tina dared and caught Jon’s face in her hands.  She leaned over to him and pressed her lips to his.
“--in your mouth,” Drake finished watching a smoldering kiss unfold before him.
Jon’s hand came up to Tina’s shoulder.  Her hand visible to Drake worked its way through Jon’s hair leaving patches standing up as she threaded her fingers deeper into his locks. Drake twitched as his view moved downward.  The outline of Tina’s taut nipple pushed against her top.
~~~~~~

This is always ultra fascinating to the Kougar... she'd love to incorporate it into the story that follows MURDER BY HAIR SPRAY IN GARDENIA, NEW ATLANTIS.

Big Cat Note: As this Big Cat has talked about before, our 'true' antediluvian past is revealing itself at this point in time... and it turns out planet Earth is loaded with megalithic *pyramid* structures that are now being revealed to humanity by a Greater Force despite the dark-side elite's attempt to keep *the truth* hidden and/or use it against humankind.

The structure was identified by the sailor Diocleciano Smith based on bathymetry readings. The author does not believe that the pyramid is of natural origin.
The Government says that the matter is already being investigated with the support of the Portuguese Navy.
The Regional Secretary of Education  Luiz Fagundes Duarte believes that, taking into account the location one should not treat it as human work.
In the video it is said that the vertexes of the pyramids are aligned in a way that one of them points north and one of them points? south, exactly like the pyramid of Giza.
The base bigger than a football stadium.
The discoverer found it a few months ago but he couldnt really believe it, he kept it a secret and began to study it, he then decided to reveal it.~beforeitsnews.com/beyond-science/2013/09/giant-underwater-pyramid-found-near-azores-island-associated-with-atlantis-portuguese-navy-investigating-2443658.html

SURVEY OF ATLANTIS: The Azorean island group was separated and surrounded by a net of submarine valleys that had all the hall-marks of having once been river valley's on the surface: WHERE DO YOU THINK THE NAME ATLANTIC OCEAN CAME FROM ? ~goldenageproject.org.uk/survey.php~
Melting Of Glaciers In Antarctica Are Revealing Pyramids ~beforeitsnews.com/alternative/2013/10/melting-of-glaciers-in-antarctica-are-revealing-pyramids-2785376.html
~~~~~~