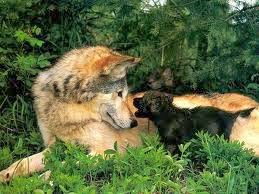 Mooney looked up from the photo album... at SHAPESHIFTER SEDUCTIONS.
Early afternoon mews, fascinating and flippant Felines... still too darn cold on the tame prairie... but at least it's not that horrible frigid stuff... an overcast, dreary-looking day... given the state of the world, the Kougaress can only wish everyone divine blessings, and wish she could do much more to help us ALL.

Take care, darling kittens. Join up with those of like mind. 'Cause this Big Cat loves ya!
~~~~~~

Yes, the Kougar got a bit more done on the read through of her flash-scene novel, His Claimed Bride, Happy New Year On Another Earth. She hopes to get much more done. She so wants to Indie publish, and move to her next writerly project.
~~~
Mooney looked up from the photo album...

Mooney looked up from the photo album he had found in a box at the bottom of the Christmas ornaments box. He'd stashed it there years ago to keep it safe. From what, he wasn't exactly sure, but he had done it as a very young pup. It had seemed like a safe place to keep his happy memories safe since he had been the only one interested in putting up Christmas decorations after Mom died.