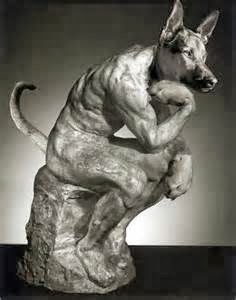 My Kingdom for a Spy Cam! Featured at SHAPESHIFTER SEDUCTIONS.
~~~

Late afternoon mews, generous-hearted Big Cat Beauties... yep, the nasty cold is still plaguing the tame prairie... course, it just might kill off some of the tick population, hopefully... so far, the cardinal couples seem okay, and are flitting and feeding... that's one reason this Big Cat lets her country yard go jungly wild... more food for the wild critters... gosh, kittens, there's a serious propane shortage going on... which doesn't affect the Kougaress because she doesn't use it... however, lots of folks do, and depend on that energy source.

Please stay warm, darling kittens, and help someone in need if you can. 'Cause this Big Cat loves ya!
~~~~~~

Good progress on the read through of the Kougar's flash-scene novel, His Claimed Bride, Happy New Year On Another Earth. Yep, like always this Big Cat bites off more than she can chew.
~~~

My Kingdom for a Spy Cam!by Rebecca Gillan

"Marissa! Check this out!" Gloria exclaimed excitedly. Marissa eagerly put down her pencil, which she had been using to try to untangle the mess that were her 2013 tax documents. She'd made the quarterly payments based off projected earnings but now it was time to convince Uncle Sam that those projections had been accurate. The only thing that made tax season tolerable was that she was meticulous about record keeping. That didn't make it fun, though, so she was more than willing to let her new assistant manager distract her.

"What's up, Glo?" she asked as she rounded the counter to where Gloria was surfing the web.
~~~
Would you like to swap bodies...

ANOTHER TECH-TOOL THAT CAN USED TO HELP OR HARM... AND FAB FODDER FOR A ROMANCE NOVEL PLOT 'NEWS' ~
HEADLINE ~stevequayle.com~ Would you like to swap bodies with your partner! New virtual reality kit lets couples see and 'feel' the world through each other's eyes; WAIT UNTIL CYBER PROSTITUTION COMES ON THE SCENE OR CYBER-CELEBRITY SEX-YOU CAN BE WITH WHOEVER YOU WANT FOR A FEE!
~~~~~~