...beyond his wildest, most fantastical dreams... 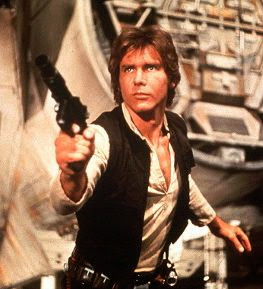 at SHAPESHIFTER SEDUCTIONS ~
Nothing like a space cowboy... Back in the day, watching the first Star Wars movie made the Kougar feel alive in a way she'd never experienced. It was like reliving another lifetime.
Late night mews, most exceptional Big Cat Beauties... another lovely, sun-blessed day on the tame prairie... looks like there could be some rain moving in later tonight... so, it's been another long day, and the Kougar is wiped out.

Remember, darling kittens, prepare to hunker bunker down if needed. 'Cause this Big Cat loves ya!
~~~~~~

So, the Kougar and the other SHAPESHIFTER SEDUCTION authors are working on a possible surprise for shapeshifter readers... but she hesitate to say exactly what that is 'cause it's just in the planning stages right now.
~~~

Dante liked to bite 'trouble' in the ass...
By Savanna Kougar

It's all about LOVE right now, as the sun enters Libra, and the New Moon rises in Libra, the astrological sign ruled by Venus.

And, yes, we ShapeShifter Seduction Authors are joining in the Snarkology Halloween Blog Hop 2014 ~ October 27th-31st. So get ready for a fun Howl-o-ween romp and ride with lots of prizes.

Also, we might just have a 'surprise' for shapeshifter readers on the near horizon. Stay tuned.

Dante liked to bite 'trouble' in the ass...

Dante, alpha werewolf, strode along one of the longer corridors of his massive subterranean complex. Over the years the Interspecies Pleasure Club, as he'd originally named it, had grown beyond his wildest, most fantastical dreams. But that was all to the good, despite the constant demands on his time, his life.

On the way to a meeting with his staff about the UnMasked Beast Ball, one of the club's Halloween events, he waved Deuce over. The young, biker wolf shifter was one of his trusted operatives in the field.
~~~~~~