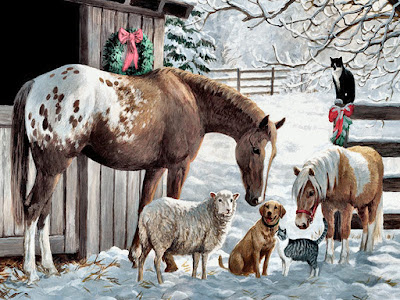 A holiday gathering of shapeshifter friends near Moonrise Lake, Montana at SHAPESHIFTER SEDUCTION.

A strange, after-Christmas day, most beautiful felines... this Big Cat's energy was decidedly low, and she had a weird episode today... as she was trekking down and back from her mailbox, her thoughts became, in a way, incoherent – not as in dangerous, or not knowing herself... no, she was very conscious of herself, her surroundings, etc. ... yet, it was as if her thoughts were lost in some kind of other reality, and almost dreamlike... it wasn't loss of any kind of memory, but it was about memories... and one question became: was this a shift in timelines ... were timelines converging ... or some other type of dimensional glitch? ... was someone playing with /using HAARP type tech to try to scramble thoughts??? ... truthfully, it was like some parallel life was trying to bleed through, or converging... but what the truth is, this Big Cat doesn't know, obviously... and no, she wasn't using any kind of drugs, as in prescription, over the counter, or those classified as illegal... she doesn't use/take any of that stuff, at all! And no, no alcohol involved either... the Kougaress rarely has an alcoholic beverage of any kind... not that she's against it, she's just never been a drinker... anyway, hope your holiday was incredibly wonderful, darling kittens, and may the good times continue through New Year's Eve... HAPPY NEW YEAR!

The Kougar is writing Chapter Fifty-two of her WIP, Waiting For a Filly Girl. Drev is speaking with the King of Keina, his heroine's other-dimensional realm, about a serious matter, and an enemy, affecting both their worlds.