Mayor Gilbert has a cracked filbert... 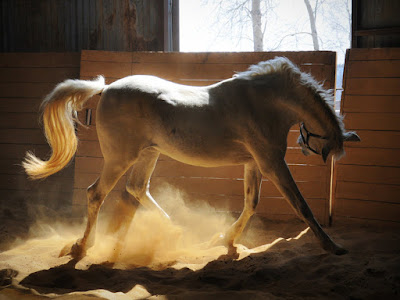 Featured at SHAPESHIFTER SEDUCTION.
December howls and yowls, shapeshifter lovers.
Wow, thirty days until the end of the year...can it be? It seems unbelievable. 2015 has definitely been a hyper-speed year.
So, this flash scene happens shortly after the mayor of Talbot Peak decides to unwisely go after Dante, benevolent alpha werewolf, and owner of the Pleasure Club. Check out last week's flash scene, if you want Dante's side of the story.
Note: Mary Lou, who stars in this flash scene, is a horse shifter. She owns the *Livestock and Pet Center*, a feed store in Talbot Peak. Mary Lou was first featured as a secondary character in Her Midnight Stardust Cowboys, my shapeshifter erotic romance menage. ~~~~~~

Mary Lou slapped the flyer on his desk. "Is this true?"
Heedless of the damage to her wall, Mary Lou ripped down the business licence hanging behind her checkout register. Seething with anger, she removed it from the picture frame in record time, then grabbed hold of the flyer Kitty had distributed throughout Talbot Peak—the one she'd just read.The flyer presented what was purported to be a psychic transcript of Mayor Gilbert childishly going after Dante with some idiotic plan that would never work. Certainly not against an alpha werewolf.With anger fueling every step, Mary Lou marched toward her store's double doors."Harrison," she yelled her manager's human name, since he was in the back storeroom, "can you take over? I need to leave for awhile?""Sure thing, Mary Lou. I'll come up front right now." The Brahma bull shifter emerged moving toward her in his slow powerful way. "Is there an emergency?" Figuring her face was suffused with blood, Mary Lou didn't wonder at his question. She halted, saying, "Looks like Mayor Gilbert has a cracked filbert. You seen this?" She held up the incriminating flyer.