Seconds before the knife stabbed... 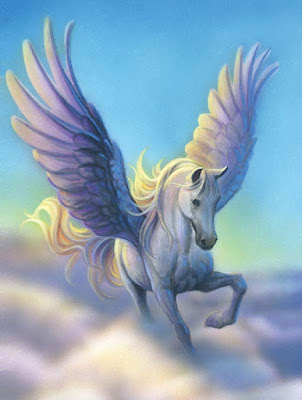 ~~~Six Paragraphs From Chapter Forty-eight of My WIP, WAITING FOR A FILLY GIRL, a ShapeShifter Seduction Novel~~~

Seconds before the knife stabbed into his side, Drev deflected it. He barely heard the clattering sound as the blade landed on the glistening marble beneath his feet.

Like stallions fighting over a mare, he and Tretorff lunged, crashing into each other. The collision of their chests resounded throughout the courtyard.

Enraged titans, they locked arms and planted their feet, shoving against each other. Drev quickly realized as he sought to gain the advantage—throw the royal ass on his horse-shifter ass—that Tretorff channeled his equine power. That somehow being in his realm also increased the prince's strength, beyond when they'd first fought each other.

One thing Drev knew, the oxygen in his Keina's world far surpassed Earth. The advantageous effects super-fueled his strength.

Still pretzeled together tightly, he and the villain-prince continued to shove, to  strain mightily against each other—two oak trees fighting for the same spot.

Posted by Savanna Kougar at 9:55 PM