Closer and closer... His Claimed Bride... 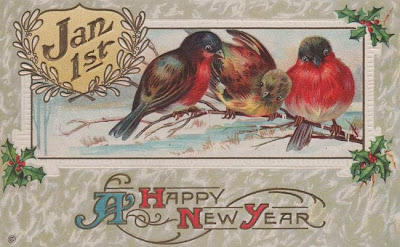 Half past noon, most lovely and soul-lustrous KitKats... the cold winds whipped over the tame prairie early this morning... well, the Kougaress had a bit of an accident last evening... she slipped on icy patch that hadn't obviously melted because it was in the shade... any, she cracked the back of noggin... and probably has a slight concussion, given the symptoms... however, there are NO severe symptoms. ~sighs~
Be careful out there, darling kittens. Lots of nasty illnesses are cropping up, and there could be a pandemic on the near horizon... so take care of your health! 'Cause this Big Cat loves ya!
~~~~~~
Closer and closer... His Claimed Bride...
Authoress news and mews ~

The Kougar got a lot of read-through done on her flash-scene novel, *His Claimed Bride, Happy New Year On Another Earth* ... yeah, she'd like to Indie publish for the New Year, 2014.

To Sleep. . . Perchance to Dream
by Solara

Gill’s eyes drooped lower.  He struggled to stay upright against his pillows.  Blackie purred softly beside him, curled tightly in a circle with her tail covering her nose.  Her empty box of kitty treats lay on the floor next to the tray littered with dirty dishes and wrappers.  A quiet day spent reading and sleeping slowly came to an end as night fell.
~~~~~~

Looks like the New Year will be starting out with several BANGS!

In the first half, astrologer Mark Lerner ~marklernerastrology.com~ shared astrological pointers concerning 2014, and the near future, as well as discussed various principles of astrology. There's a trinity of events ~earthaquariusnews.com/page_845/ba-new-years-2014-trinityb~ on New Year's day 2014, he announced-- Libra rising, a new moon, and the sun lining up on the zodiac with Pluto (the planet of the underworld). "Things that are buried, things that we've pushed below the surface throughout all the realms, in economics, in politics, in education, in religion, in government. All the things we don't want to look at are going to come up. Kind of like Pandora's Box-- an explosion of negativity," he noted. But if we tap into "lightworking," and become agents of goodwill as the new year starts, we can combat some of this, he suggested.
Lerner expressed particular concern over cyberwarfare attacks against nuclear facilities, water treatment plants, and other related places during 2014, as well as possible disruptive solar activity, since the last year the sun was so quiet. He also cited significant astrological dates in 2014-- March 13th, when Pluto will first be in opposition to America's sun, and April 20-24th, when there will be a grand cross of planets (Mars, Jupiter, Uranus, and Pluto).