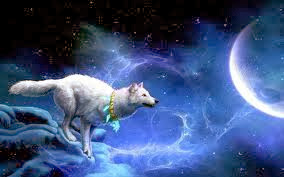 This pic represents another time... another lifetime... much sweeter and deeper than now...

The Kougar decided on ~ His Claimed Bride, Happy New Year On Another Earth ~ as the title for her flash-scene novel.
~~~

Morning wintry mews, ferocious and frisky Big Cat Beauties... yep, itsy bitsy snowflakes are falling on the tame prairie, the dry kind of snow... and it's still too cold! Brrrrr...

The Kougaress is listening to the renegade historian, Douglas Dietrich, on last night's Coast to Coast am... if you want a REAL history lesson, multiple history lessons, instead of the spoonfed crap in the public school system... well, it's your choice.

Watch out for the big bad-boy bankers, darling kittens. 'Cause this Big Cat loves ya!
~~~~~~

So, the Kougar joined Createspace to find out if she could put HER MIDNIGHT STARDUST COWBOYS in print... but, the tech challenge is overwhelming to her right now... and it would be a giant time sink to try learn enough to accomplish the interior formatting... what the next move is, this Big Cat author doesn't know... other than hiring someone, and that is its own challenge for several reasons.
Looks like erotic romance author, Serena Shay, the Kougar's ShapeShifter Seductions buddy, will be working on the cover art for *His Claimed Bride, Happy New Year On Another Earth*... the experimental, flash-scene novel this Big Cat author wants to offer as a low-priced Indie read.
Plus, the Kougar is also thinking about starting her 'secret project' novella... but, who knows? Given the uncertainty of the times, and her life???
~~~~~~