A battle mare should be tougher... 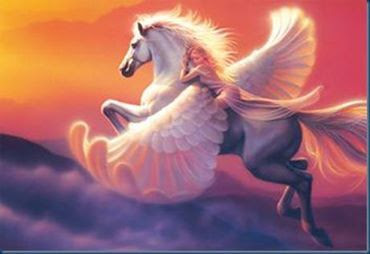 ~~~The First Six Paragraphs From Chapter Forty-seven of My WIP, WAITING FOR A FILLY GIRL, a ShapeShifter Seduction Novel~~~

Flubergastov. Keina mentally frowned. A battle mare should be tougher than this, ready at a moment's notice to fly and fight. A training regimen was definitely in order.

Several days after helping to defeat the drone armada, she still recovered. Upon their return to the cabin, Drev had pampered her, making certain she rested, and ate nutritious meals.

Keina stretched her wings with care. The cold brisk wind ruffled her feathers as she flapped, testing her strength.

About to lift off for a short flight over the forest surrounding the cabin, Keina heard an all too familiar whoosh-crackle. A portal opened behind her. With her intuitive senses shrieking, she whirled around.

Panic gripped Keina as if a thrown rope choked her. She neighed a scream. Appearing like a herd of Pegasus demons, Prince Tretorff and his cohorts streaked through the portal toward her.

Crazed, her eyes bulging, Keina bolted for the cabin. Drev raced toward her.