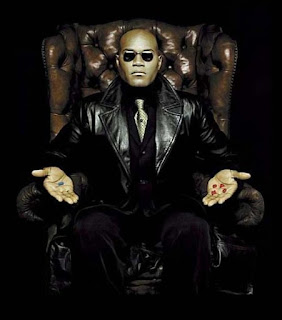 by Savanna Kougar
Featured at SHAPESHIFTER SEDUCTIONS
*Heading toward TURKEY DAY* howls and yowls, shapeshifter lovers.
After the question was asked if I really wanted to leave SHAPESHIFTER SEDUCTIONS, I reconsidered my decision to "bow out" . Because, of course, I want to continue in the fantasy world I've helped to world-build from the beginning. Also, I feel it's only fair to my heroines and heroes—who are currently clamoring at me nonstop.
At this point, I'd like to make it clear, I love ALL of my fellow authors. And, as a reader, I appreciate and enjoy their flash scenes. Their creativity amazes me.
However, given my worldview, my personal experiences in life—and the feelings and  worldview—the life experiences of my characters—well, for a lack of a better way of expressing it...we have clashing worldviews. At least, that's my perception.
The only solution I know of, is to simply create a separate timeline, a parallel Talbot's Peak, if you will... in the same plotline-vein as the TV show, SLIDERS [1995-2000].
Thus, my flash scenes, in no way reflect other storylines of shifter/supernatural life in Talbot's Peak...although, obviously, only to the degree that it makes a logical story...again, as was done in the various SLIDERS versions of Earth reality.
If anyone is offended by my authorly plotline-version of the Peak, I ask you to simply tune out, change the channel, and continue to enjoy the other flash scenes.
And so it begins... The Divergent Timeline~~~~~~

Restless, her inner cat tail slashing back and forth, Kitty paced her office in the town library. Change, like a typhoon wind, permeated the very atmosphere. She hated like hell to confront her inner knowing...but, here it was.
Everything was about to explode. She knew it to her feline-intuitive core.
When a polite knock sounded at the door, Kitty jumped and whirled like her cat self. "Come in," she called out, knowing it was Sapphyra, a psychic who was part of Dante's Circle of Witches.
Fishsticks, tears already dripped on her cheeks. With a swipe of her hand, Kitty hastily wiped them away.

Wishing you love and passion on the wild side ~
Savanna
Savanna Kougar ~ Run on the Wild Side of Romance
Posted by Savanna Kougar at 8:02 PM