"Question, mate. Why was that bloody demonic ball..." 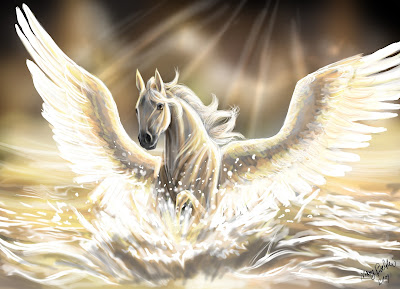 ~~~Last SEVEN paragraphs from my WIP, Waiting For a Filly Girl~~~

"Question, mate. Why was that bloody demonic ball sent to kill your ass?"

"I'm not certain I was the target. This weapon locks on the nearest combatant. It has a tech sniffer that ferrets out the DNA signature. That signature turns on the need to predator-feed, or perish."

"Diabolical drongos. I'd like to do the world a real favor. Find those mad freakin' scientists, and dump them in the middle of the desert...loose their murder weapons on them."

"You'd do better dumping their bosses in the desert—let the buzzards pick their  Machiavellian bones clean. Most of the scientists are compartmentalized to the point they don't know the end result of their projects."

Dugger barked, a disgusted sound. "Gotta know in their God-given souls, though."

"True enough." Drev agreed, watching Keina cruise closer to the ground. She came to a soft landing. Yet exhaustion owned every line of her

So, major changes for the Kougar. As she stated before, she is no longer allied with SHAPESHIFTER SEDUCTIONS, and now has her own shapeshifter/supernatural world, ShapeShifter Seduction, which is a spinoff of Talbot's Peak, and will be called Wolf Peak Territory. At this point, she is calling the new town, Moon Lake. But it's going to take awhile to develop everything for her heroines and heroes. "Cause, for one thing, the Kougar wants a logical transition and storyline... and she only has so much time.

Also, if she remember, the Kougar will sign up for the linky blog hop MY SEXY SATURDAY at  ~mysexysaturday.blogspot.com~ and will be posting at TITLE MAGIC ~titlemagic.blogspot.com ~
~~~~~~