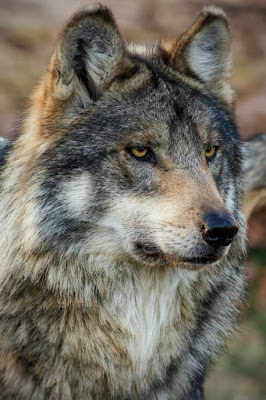 Featured at ShapeShifter Seduction ~
HAPPY THANKSGIVING Howls and Yowls, Shapeshifter lovers.
So, I've been working on this flash scene all day...letting Dante have his say.
And so it continues... The Divergent Timeline...~~~~~~

As wolf, Dante raced up the mountain trail that passed near his Interspecies Pleasure Club. The subterranean complex he'd built—and expanded for several years now—was hidden from prying eyes deep within a timber and conifer forest.
Wild, ferocious with the need to run his territory—given recent scat-troubling events—Dante exploded. In a blaze of speed, he challenged the cold whipping wind.
Primal love of the land thundered through Dante, and became the swift ruthless hum of his blood. The pungent scents of Mother Nature excited his nose like a Thanksgiving day feast.
As he sprinted for his observation spot on the side of the mountain, the crisp autumn air blasted into his lungs. He was alive. He was free.