Happy Mother's Day... off on vacation... 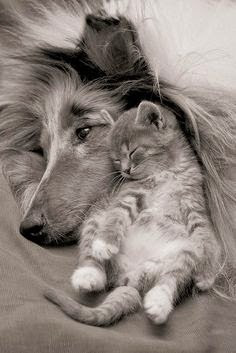 Wee hours of the morning mews, rambunctious and radiantly beautiful Kittens... so, the rainstorms have been moving by the tame prairie until this evening when some nice drenching rains fell... oh gosh, this Big Cat has been so ultra busy these past couple of days, she just now had time to pen the bloggie, and post... earlier this afternoon, a lovely nature trek down to the mailbox with the butterflies flitting happily about.
AND... Have a most lovely day all you very deserving Mothers... the Kougar is entirely grateful for her mother!

So, after a long day of having to get a bunch of stuff done, the Kougar finally got to get some writing done on Keina and Drev's erotic love story... and, she was checking out what fabric is used for sharkskin suits... interesting stuff... anyway, having sewn for most of her life -- not tailored suits, though, or not much with wool because she's somewhat allergic -- anyhoo, this Big Cat knew what the material looked and felt like, but the history of sharkskin fabric, and what is called worsted wool, was a mystery to her... thus, here's a wonderful link explaining worsted wool. ~woolcrafting.com/what-is-worsted-wool.html~
~~~

This week the gang from the Peak are off on vacation. They invited Pris (my muse) and I along.  Something about a few beers and some song writing for the festival.  I hear Louie, Vernon McMahon, Gill and a few others have started a band. We'll have to see what they come up with.  Chloe and Bettina accompanied by Rachel are taking turns enjoying the beach and surf while watching the kids.
~~~~~~

Friday May 8, 2015
Ancient America: Our Lost Legacy
Not only did Columbus not discover America, you cannot understand the modern world unless you understood who came here before and why, and why it was that Columbus came, and what secrets he sought.
Carl Lehrburger has spent the past 25 years traveling to sacred and archaeological sites throughout the Americas in search of the truth about our past. In the process, he has made some truly startling discoveries about, for example, the true purpose of the Great Serpent Mound in Ohio and many other sites.
Why did they come here? What made them leave? Is there a hidden danger here, something we should know? Take this provocative journey with Carl Lehrburger and Whitley Strieber.
Visit Carl at NewHistoryofAmerica.com
~unknowncountry.com/dreamland/latest~

The turn of the mummy: God of death statue starts SPINNING on its own in Manchester museum... but is this a sign that there really is a curse of the Pharaohs? ~dailymail.co.uk/news/article-2346758/Ancient-Egyptian-statue-started-MOVING-sparking-fears-struck-curse-Pharaohs.html~
~~~~~~

A new recording of eerie noises has been posted that bears similarity to previous unexplained "horn" sounds or "sky quakes" that people have reported worldwide. Melissa Harris of Terrace, British Columbia made the recording on Tuesday, May 5th, 2015. ~coasttocoastam.com/pages/new-recording-of-eerie-sounds~
~~~~~~

SO, HOW EASY ARE THESE HEAVY-DUTY TRUCKS TO HACK... TALK ABOUT A NEW CRIMINAL ENTERPRISE... HUH? 'NEWS' ~

Self-driving Freightliner Inspiration rolls out on public roads in Nevada
Saturday, May 9, 2015
The first autonomous heavy-duty truck gets its license to drive in Las Vegas. — CNET
~~~~~~

Name a Mars crater for Mom this Mother's Day
Saturday, May 9, 2015
If you're looking for an out-of-this-world gift for Mother's Day this year, you could always name a Martian crater for Mom. — Space.com
~~~~~~

Is this the most beautiful UFO ever? Ferrari designs a supercar-inspired spacecraft with signature shapes and a flash of red ~dailymail.co.uk/sciencetech/article-3073563/Is-beautiful-UFO-Ferrari-designs-supercar-inspired-spacecraft-signature-shapes-flash-red.html
~~~~~~

The Police War Against Dogs... Movie Coming Out ... Just listening to the trailer made the Kougaress cry... "Of Dogs and Men" ~http://www.ofdogsandmen.net~