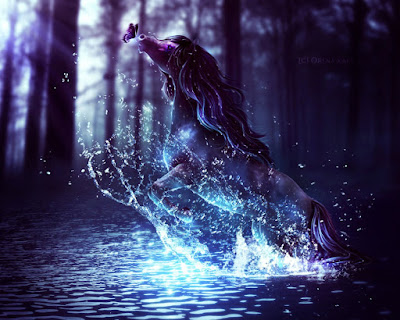 Very early morning mews, sweet and savage Felines... bigtime soggy on the tame prairie, alright... the little creek is running high but not overflowing its banks... the other day the Kougaress startled another deer... looked like a young one as it bounded over the neighbor's field... and this Big Cat heard one of the golden eagles... gosh, with all the rain, the greenery and the wildflowers are darn impressive... and the red rose bush is blooming beautifully.

Keep your head down, but stay alert, darling kittens. The world is turning ever faster, and spinning ever crazier. Just remember, this Big Cat loves ya!
~~~~~~

How about a little silly Friday fun.  Looks like this kitten as made it's way into Talbot's Peak.  I wonder what she's thinking?

This week I'm bemused by Pris and the stories we're working on.  Between end of the month, home front, and day job, I'm writing in spurts that leaves me dreaming about the books.  Talk about alien road maps!  Sleep and I have a date.
~~~~~~

THE *SCI FI* ROBOTIC FUTURE... NOT FRIENDLY TO HUMANITY, TO SAY THE LEAST 'NEWS' ~

Autonomous Killer Robots Almost Here: '3rd Revolution in Warfare After Gunpowder, Nuclear'
The warnings have been sounded for decades.
It won’t be long now: all the parts and systems to create lethal machines with a mind of their own, deciding who and when to kill without human oversight are conceptually already developed. It is just a matter of time, and by all accounts that time is short.
At least since 1991’s Terminator 2: Judgement Day, the public has known (through Hollywood, anyway) of the dangers posed to humanity by artificial intelligence, robotics and the computer revolution.
But today, they are more real than ever.
Researchers are issuing a red alert, as the industry stands at the cusp of developing Lethal, Autonomous Weapons Systems (LAWS), an acronym for machines with a mind of their own, capable of cutting humans out of the loop in determining who is a threat, who to target and when to kill.
~shtfplan.com/headline-news/lethal-autonomous-weapons-systems-threaten-humanity-3rd-revolution-in-warfare-after-gunpowder-nuclear_05292015#
~~~~~~

How Genetic Engineering Could Ruin the Human Race
~hedailysheeple.com/how-genetic-engineering-could-ruin-the-human-race_052015~
~~~~~~