Marissa fought the urge to squirm... 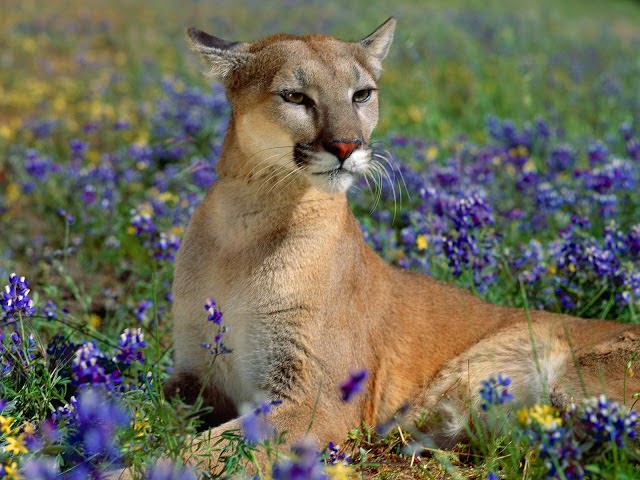 at SHAPESHIFTER SEDUCTIONS ~
Late night mews, Summer-precious Pussycats... the Kougaress is really grateful for these cooler summer days, especially the lovely dry air... rain is probably needed again, but you can't tell it by the verdant lush yard that this Big Cat has to try to tame in spots... oh, and her trek down to the mailbox, she saw her golden eagle again... and there are these beautiful little deep lavender-colored flowers... they're trumpet-shaped, and are abundant this year.

So, darling kittens, it's getting dicey out there with the whole Ebola thing. If you're in a major city take particular care. Given the nature of this virus, you definitely want a quick exit strategy... before all escape routes are shut down. And always remember, this Big Cat loves ya!
~~~~~~

The Kougar is close to completing Chapter Twenty-five of her special project... the rescue from a flash flood is about to happen. And yes, the way the story is progressing there will be a Chapter Twenty-six.
~~~

Not My Fault. This Time...
By Rebecca Gillan

Sorry about the late post. I honestly forgot it was Wednesday. It's extra sad since I wrote this post over the weekend; I just forgot to post it. Anywho, here you go. Enjoy!

The tick-tock of the grandfather clock echoed through the office, underscoring just how quiet it was. Marissa fought the urge to squirm under Gil's penetrating gaze. For a herbie, he was remarkably good at delivering a preditor's stare. She managed not to fidget but she couldn't stop herself from mentally reviewing everything she'd said or done, every spell she'd cast and every curse she'd muttered and every order she'd filled, over the last month. She was sure she had done nothing to earn being called on the carpet. This time.
~~~~~~
BLESSED BE THE TREES

The Health Benefits of Trees
Submitted by Alice on July 30, 2014
They prevent $7 billion in health costs every year by filtering air pollution—not to mention their psychological effects. New research says the closer you can live to trees, the better off you are.
John “Johnny Appleseed” Chapman stomped through the Midwestern winter snow with bare feet. His cloak was a lightly modified coffee sack with holes for his head and arms that—all of this according to a posthumous 1871 profile in Harper’s—he deemed “as good clothing as any man need wear.” He ate from buckets of pig slop, and when people welcomed Appleseed into their log homes, he would lie on the floor and deliver “news right fresh from heaven.” He claimed to have frequent conversations with angels, two of whom promised to marry him upon his death if he agreed to abstain from marriage during his Earthly existence, which he did manage.
But Appleseed was also wholly obsessed with planting trees for the benefit of future generations, so his legacy as an American folk hero is due.
It is becoming increasingly clear that trees help people live longer, healthier, happier lives—to the tune of $6.8 billion in averted health costs annually in the U.S., according to research published this week. And we’re only beginning to understand the nature and magnitude of their tree-benevolence. ~healthfreedoms.org/the-health-benefits-of-trees~
~~~~~~

Ancient Earth fossils could be found on the moon
Signs of ancient life could be littered across the moon, just waiting for an intrepid explorer to find them. — New Scientist
~~~~~~

UFOs Over Toronto Caught On Tape, Prompting Police Reports
Something was flying over Toronto on Saturday night, causing residents to contact police and take to social media with images and videos of lights in the sky. — Huffington Post
~~~~~~