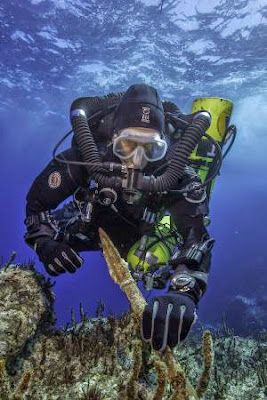 Late night mews, Autumn-rambunctious Big Cats... a beautiful Fall day on the tame prairie, and there are still butterflies winging about... the leaves are falling faster now, but the trees are far from bare, and only gradually changing color.

Yes, most darling kittens, this can't be yowled enough at this time: stock up, team up, and hunker bunker down... and consider getting 'nano silver 10 parts per million' as a way to protect yourself from germs and contagion by assisting your immune system ~http://donate.drrimatruth.com~ ... And remember, this Big Cat loves ya!
~~~~~~

So, the Kougar is working on edits for RIDE THE ROAN STUD, written under the pen name, Stevie Klark. So far, so good.
~~~~~~

No post today because just as I was sitting down to write a little something about a mad assasin sheep, I noticed that Google Drive ate 2/3rds of "Witch's Moon"--from about 2 paragraphs into chapter 8and beyond is gone. Well, not GONE gone. I do have a print out of an early draft so I can recreate it with a little effort, but yeah. All the work I've done on it since getting it back from the freelance editer is gone. And now I get to retype 40,000 or so words and start the editing process all over again. I hate technology some days...

In honor of having lost my mind, I offer random pictures from my WTF-ery files. Enjoy!

TURN THEM INTO DIAMONDS 'NEWS' ~

Where the Dead Become Diamonds
A Swiss company wants to change the way people mourn by transforming the remains of their loved ones into gems. — The Atlantic
~~~~~~

Storm God Worship: Ancient Cult Complex Discovered in Israel
A massive cult complex, dating back about 3,300 years, has been found at the site of Tel Burna. — LiveScience
~~~~~~

THE *GIANT* PAST REVEALING ITSELF 'NEWS' ~

Stunning finds from ancient Greek shipwreck: a 2-meter-long bronze spear buried just beneath the surface of the sea :Too large and heavy to have been used as a weapon; [STEVE QUAYLE: THIS WOULD BE THE SIZE OF GOLIATH'S SPEAR AND THEIR EXPLANATION BOGUS!]
A Greek and international team of divers and archaeologists has retrieved stunning new finds from an ancient Greek ship that sank more than 2,000 years ago off the remote island of Antikythera. The rescued antiquities include tableware, ship components, and a giant bronze spear that would have belonged to a life-sized warrior statue.  http://phys.org/news/2014-10-stunning-ancient-greek-shipwreck.html
~~~~~~