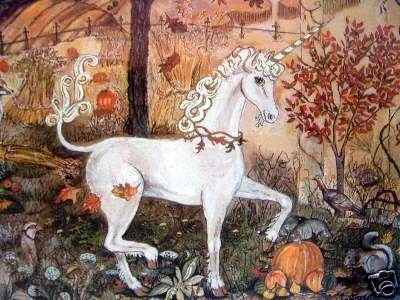 Late night mews, Autumn-frisky Felines... the growing crescent moon was lovely this evening, and at one point was a beautiful pale shade of gold... the Kougaress managed to collect more of her apples, but there's still a fab abundance on the trees... gosh, they do taste good... another wonderful weather day on the tame prairie, but storms are lurking... so, we'll see... wow, what a head-spinning, *trying to get everything done* day ... but, at least, this Big Cat got enough done... and wrote her Tuesday flash scene for SHAPESHIFTER SEDUCTIONS.

So, darling kittens, enjoy every moment you can while preparing to hunker bunker down. If there is an epidemic, the more you can isolate yourself, and stay inside your home, the better off you and your loved ones will be. Long ago the Kougaress heard an Art Bell show that featured a woman doctor who also wrote medical thrillers. There was a threat at that time, and she planned to hole up in her lake home with her family for two weeks. Let the disease burn itself out. Good advice overall... only a month's time might be far more realistic. Take care of yourself, and remember, this Big Cat loves ya!
~~~~~~

Time to unmask my inner cat...
By Savanna Kougar

"Time to unmask my inner cat," Sherilyn whispered to herself, as she sauntered inside the Cotillion Costumery, a large shop inside the Pleasure Club. The salon like setting -- done in pale shades of peach, rose, and ivory, with accents of antique gold -- had been designed specifically for those planning to attend the UnMasked Beast Ball.

"Welcome," a gorgeous woman who resembled the actress, Halle Berry, greeted. Dressed in an exquisite Louis XV-inspired gown -- the color was graduated tones of icy blue to ephemeral aquamarine -- the petite woman positively shimmered. Her face naturally shone beyond the cosmetics she'd used, and her dark, blue-tinged eyes sparkled like moonstruck water.  "I am Latherese. What is your pleasure today, madam?"
~~~~~~

The Sound So Loud That It Circled the Earth Four Times
On 27 August 1883, the Earth let out a noise louder than any it has made since, emerging from the island of Krakatoa, — Nautilus
~~~~~~

Indian Spacecraft Snaps Spectacular Portrait of Mars
India's first spacecraft to visit Mars has beamed home its greatest photo of the Red Planet yet, a view that reveals the planet from pole to pole. — Space.com
~~~~~~

BE WARNED ABOUT WIKIPEDIA 'NEWS' ~

Wikipedia used by government to smear and defame alternative media personalities
(NaturalNews) One of the primary reasons why academic institutions prohibit the use of Wikipedia as a legitimate source for research is because the open-ended site is rife with abuse. In fact, governments around the world use it to spread false information...
~~~~~~