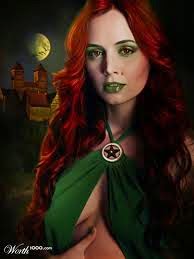 Witchy woman, it's the season...
Late night, new moon mews, Autumn-ephemeral, leaf-dancing Felines... a beautiful day as it turned out with a bit of overcast this morning... gosh, the Kougaress likes being spoiled by this good, good weather... looks like, though, a rainstorm could happen later, given the storm front moving this way... of late, this Big Cat has noticed that some of the wild critters around here don't fly off, or scamper off that fast ... maybe they're getting used to her... or they realize she means them no harm as long as they mean her no harm... so, the Kougaress is busier than ever... with her health improving a bit, that just means she has a heckuva lot more to get done... but so it goes in this life.

So, today the Kougar worked on formatting the free read we authors at SHAPESHIFTER SEDUCTIONS are planning to make available... how long this will take, given how busy we all are... well, who knows at this point.

So last week I had nothing because I was moping over loosing 2/3rds of my manuscript for Witch's Moon when a bug or something caused Google Drive to wipe it out back to an April revision point. Luckily, I am a paranoid person who has lost work one too many times and I had a print copy. It's still an earlier version, but it was pretty much the whole story. I have been typing madly, trying to get it all back down before I forgot the revisions I'd made recently, so I have not been writing anything knew. And since it's Wednesday, I owe you guys a post. Therefor you are getting another chapter from the story. The picture has nothing to do with the story. I just like it and Supernatural is running again, which means I've bot Winchesters on the brain. Enjoy!

Astonishing! Fleet Of UFO's Leaving Moon Caught On Video! (video)
CONTRIBUTOR: Mark Brander. This is absolutely amazing footage of a fleet of UFO's leaving the Moon's surface. Amazing 'biblical Signs' have been appearing in the skies over many nations. It is all connected to the extraordinary events of Revelation 12. Click on photos for more images and info.... ~beforeitsnews.com/alternative/2014/10/astonishing-fleet-of-ufos-leaving-moon-caught-on-video-3049200.html~
~~~~~~

Pleiadian Disclosure Agenda Is Now (video)
CONTRIBUTOR: Paranormics. The disclosure of the Pleiadians is almost here ... The establishment can't stand their love and light message. They want to keep you hateful and dark. Let the Pleiadians in and the dark out .... Their purpose is not to save your soul, but to enlighten you more to the...
~~~~~~

32 Cities Want to Challenge Big Telecom, Build Their Own Gigabit Networks
Motherboard - More than two dozen cities in 19 states announced today that they're sick of big telecom skipping them over for internet infrastructure upgrades and would like to build gigabit fiber networks themselves and help other cities follow their lead.
~~~~~~

Nibiru New Evidence 2014 October, Captured 3 Times in a Week CURATOR: John Ale. Videographer Nick Mercer, Captured Nibiru three times in a week on video. He says its a little hard to take this video as red but very interesting. As he puts out the evidence and he wants us to make up our own mind and decide whether Nibiru is true or...
~~~~~~