Trick or Treat in the shapeshifter town of Talbot's Peak 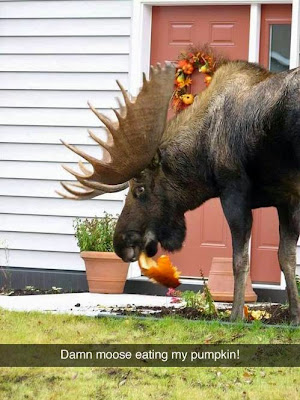 Trick or treat... I'll just help myself to this delicious pumpkin.

Nighttime mews, Samhain-spectacular Felines... lovely cooler day on the tame prairie today... the neighbor's longhorn cows were close to the fence when the Kougaress trekked down to her mailbox, and one of them is really friendly... so, this Big Cat spent part of the day cutting up her 'good and natural' apples so she could dry and freeze them... but, gosh, there is so much to get done these days!

Watch out for those creepville ghosties on the loose, darling kittens. A good snarl and threatening claws will chase them away... and, remember, this Big Cat loves ya!
~~~~~~ 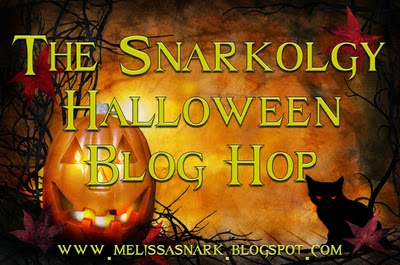 And remember! to enter the Rafflecopter at the bottom of the post for a chance to win the hop-wide grand prize.
~~~

Well, Mercury retrograde got the Kougar... back on the 9th she sent back her cover art questionnaire for RIDE THE ROAN STUD, written by her altar ego, Stevie Klark... so, today she gets this email reminding her to send in the form... ARGH!!! ... so, yeah, she re-sent it, and it was received... thank goodness for that!
~~~~~~

Microsoft Office bug lets hackers take over computers
End the Lie - A dangerous new security vulnerability has been discovered in Microsoft’s Office software, threatening to hijack users of virtually every existing version of Windows…While PowerPoint is the only known program affected so far, it is still possible that Word and Excel documents are vulnerable. As for what this bug could enable hackers to do, the answer is pretty much everything...
~~~~~~

World on a string: Breakthrough fiberoptic cable 2,500X faster than fastest internet
RT - Imagine downloading your favorite flick in 31 thousandths of a second. Such insane internet speeds are now a reality, with researchers rolling out a 255 terabits per second fiberoptic network which could transport the entire Internet on a single cable. The cable, the joint effort of Dutch and US scientists, is 2,550 times faster than the fastest single-fiber links in commercial operation today.
~~~~~~