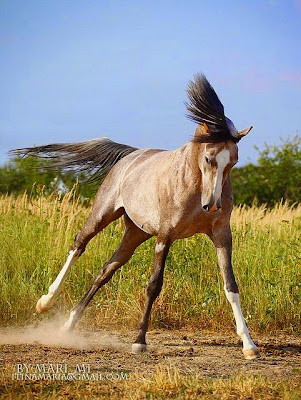 Late night mews, mid-autumn frolicking Big Cat Beauties... yes, it's darn cold tonight and supposed to get below freezing... the north wind swept over the tame prairie today, and the Kougaress went out to pick up more of her apples in case they freeze... anyway, she wore herself out as usual.

Have a fun weekend, darling kittens, and keep preparing for winter. 'Cause this Big Cat loves ya!
~~~~~~

Yes, the Kougar signed up for the linky blog hop MY SEXY SATURDAY at  ~mysexysaturday.blogspot.com~ and will be posting at TITLE MAGIC ~titlemagic.blogspot.com ~
~~~~~~

This group was founded 8 years ago today as a way to help my friends and me learn promotion for our books. There were only a few of us back then. To see who they were, and learn a bit more about the group, visit my blog today. Rather than saying something here on the group -- how about posting comments on the blog? That would be sincerely appreciated.
Is this promotion? Yes, for MFRW -- and that means it's promotion you the members. Below is the blog post title and link. Feel free to share on social media.
MFRW Founding Day 2014 @MFRW_ORG #RLFblog #MFRWauthor
http://romancelivesforever.blogspot.com/2014/10/mfrw-founding-day-2014-mfrworg-rlfblog.html
Kayelle Allen
Founder, Marketing for Romance Writers
http://is.gd/mfrworg ~ http://kayelleallen.com
~~~~~~

Ancient Stone Circles in Mideast Baffle Archaeologists
Huge stone circles have been imaged from above, revealing details of structures that have been shrouded in mystery for decades. — LiveScience

Teotihuacan’s 'Powder-Glittered Tunnel' Revealed :Its walls had been covered with a powder made from ground metallic minerals that, when lit by a torch, created a glittering effect reminiscent of the night sky. ~archaeology.org/news/2670-141030-teotihuacan-tunnel-map
~~~~~~

Farmer Claims Skull Found in Chained Box is From a Werewolf
The odd skull looks both canine and human and a little baboonish. — Mysterious Universe
~~~~~~

Flickering Lights, Strange Music and a Ghost at a Brooklyn Bar. Maybe.
Employees at bistro in Williamsburg have reported music turning on without explanation; odd patches of luminescence in the basement; and the feeling of being watched by an unseen presence. — NY Times
~~~~~~

The Leonardo hidden from Hitler in case it gave him magic powers
Very little is known about the 500-year-old, fragile, fading red chalk drawing of Leonardo da Vinci but some believe it has mystical powers. — BBC News
~~~~~~

PARALLEL UNIVERSES 'NEWS' ~
HEADLINE ~stevequayle.com~ 'Parallel universes DO exist': Multiple versions of us are living in alternate worlds that interact with each other, theory claims
~~~~~~

White House moves to 'kill off the password'
The Hill - Security alternatives to the password funded by the administration will start rolling out in six to 12 months, White House Cybersecurity Coordinator Michael Daniel said Tuesday at the Chamber of Commerce.... The White House has been trying to push people away from passwords since early 2011, when it launched the National Strategy for Trusted Identities in Cyberspace (NSTIC). The initiative funded public-private pilot programs working on secure password replacements.
~~~~~~

SOCIAL MEDIA... YOU ARE THE PRODUCT 'NEWS' ~

Social Media Surveillance Expands as IBM Taps Twitter
Activist Post - It’s no secret Twitter’s data and analytics have been highly sought after — most likely because of numbers like these: 500 million tweets sent per day between more than 280 million active monthly users. Tech giant and consulting company IBM wants in on that information. IBM and Twitter announced a data and analytics partnership Wednesday to enhance what IBM calls “enterprise decisions.” ...the deal basically allows IBM unprecedented access to Twitter’s data, which IBM can then use to help its other clients learn more about their customers.

Facebook data mining for political views
Politico | Facebook is mining its data of user’s posts to find out how users feel about certain candidates or issues.
~~~~~~