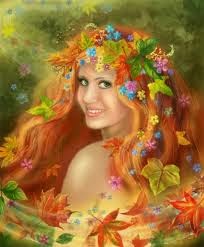 Nighttime mews, Autumn-playful KitKats... downright chilly on the tame prairie today... but the sun was shining brightly in blue skies with a few clouds... and the fall colors are becoming more beautiful while the grass is still a vibrant green... what a discombobulating day for the Kougaress, as far as getting stuff done. ~whew~

Grab some fun wherever and however you can, darling kittens. The spin doctors are about to throw more scary scat into the monster turbine fans during this coming week. Just remember, this Big Cat loves ya!
~~~~~~

Guess what? The Kougar finally finished formatting the chapters of the free read we authors at SHAPESHIFTER SEDUCTIONS are planning to make available. Now it's a matter of figuring out the title and other front-of-the-ebook info... like the copyright, a blurb, then setting it all up.

Also, the Kougar signed up for the linky blog SNEAK PEEK SUNDAY ~sneak-peek-sunday.blogspot.com~ She will be featuring the first six paragraphs of Chapter Thirty-five from HER MIDNIGHT STARDUST COWBOYS at SHAPESHIFTER SEDUCTIONS.
~~~

PUNK A WHAT!? PART TWO
by Solara

Gil opened the door to his office, took two steps inside. He backed out the door, slammed it shut and bellowed. "Rachel!"

Rachel looked up from her computer.  That tone and volume meant one thing.  Boss-man found the package a few ardent pranksters left for him. Opening all the windows apparently hadn't helped. She glanced toward the waiting room where several constituents waited.  No, the morning wasn't getting any better. Even her second cup of coffee hadn't prepared her for the events unwinding. And she thought the Peak made it through Halloween evening unscathed.
~~~~~~

Facebook is deliberately censoring alternative media, pushing globalist agenda
(NaturalNews) Increasingly, Facebook is being accused of censoring material that users post on the world's largest social media website, prompting outrage and confusion from many who see hypocrisy in the site's rules. In one recent instance, as reported...
~~~~~~

WHAT HAPPENS WHEN THE SMARTPHONE IS WRONG??? 'NEWS' ~

What happens when your friend’s smartphone can tell that you’re lying
Washington Post | We are nearing a point where our smartphones will be able to recognize a face or voice, in real life or on-screen.
~~~~~~