Humans on Earth were a strange breed... 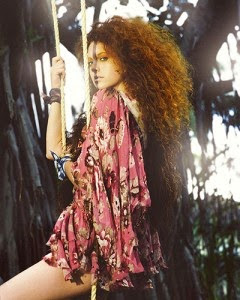 Late morning mews, Springing spunky Kitkats... cold this morning on the tame prairie, but the sun is out and shining brightly... yesterday, this Big Cat was observing the sunset, a enchanting shade of orange-gold... but it was the setting sun that was absolutely amazing because it was the same color, but was sparkling in a gorgeous way the Kougaress has never witnessed... the obvious question is: why? What's changed? The sun, the atmosphere... something else? ... because these are not the same skies this Big Cat grew up with, and the sun is much different in appearance.

Share the love and good times, darling kittens, and stand up for each other whenever possible. And remember, this Big Cat loves ya!
~~~~~~

The Kougar made some good progress on her latest SHAPESHIFTER SEDUCTIONS WIP, Keina and Drev's love story. Yay!
~~~

This flash scene is based on the pic above, which was featured  at Coast to Coast am ~coasttocoastam.com/photo/category/nature-environment-earth-changes/#72434/coyote-on-bed~

AND, also on a flash scene I wrote some time back.

'Worn down to parts I didn't even know were there,' Kesza mentally complained to herself. Unable to shift from coyote to human form because she was so insanely tired, Kesza laid her head on the discarded mattress.

Humans on Earth were a strange breed. No big fat scat doubt about that. Who knew if the undamaged mattress had been tossed as garbage, or lost when whomever was in route in one of those smelly, overly loud vehicles roaming along large ribbons of asphalt.

Kesza sighed to herself, and suppressed a yawn. Her mouth felt like she'd been chewing on sagebrush. No use giving the unforgiving desert a chance to dry it out further.

The sucking blackhole hell of it, she'd never failed before.
~~~~~~

As The Immortals Prepare Their Invasion, Chile Government Says Large Disk-Shaped UFO That Appeared In Airspace And Performed Impossible Maneuvers Was Not Weather Phenomenon And 'Not Made By Man’ ~mirror.co.uk/news/weird-news/chile-ufo-government-confirm-mysterious-5529498
~skywatchtv.com/2015/04/21/as-the-immortals-prepare-their-invasion-chile-government-says-large-disk-shaped-ufo-that-appeared-in-airspace-and-performed-impossible-maneuvers-was-not-weather-phenomenon-and-not-made-by-ma~

Top NASA Scientist Says There Is ‘Definitely’ Life In Space. We’ll Make Contact Soon And It Is No Longer A Question Of 'If' But 'When'-PREPARING THE MASSES FOR THE GREAT DECEPTION, BEING THAT THE ALIENS CREATED US! ~skywatchtv.com/2015/04/21/top-nasa-scientist-says-there-is-definitely-life-in-space-well-make-contact-soon-and-it-is-no-longer-a-question-of-if-but-when~
~~~~~~

True to Their Name, Vampire Squid May Have Long Lives
Wednesday, April 22, 2015
New research hints that the deep-sea creatures have a reproductive strategy that sets them apart from other cephalopods. — LiveScience
~~~~~~

AND NO ONE IS USING THIS FIERY ENERGY SOURCE? NEWS' ~

The Underground Inferno that Created a Ghost Town
Tuesday, April 21, 2015
Fifty years ago, a prosperous Pennsylvania coal town was ripped apart by a devastating subterranean mine fire. Today, the flames still burn in Centralia. — Narratively
~~~~~~

The Woman Who Ate Chernobyl's Apples
Wednesday, April 22, 2015
For the past couple of years, a young woman known only as “Bionerd23” has been making strange, dangerous videos in and around one of the most infamous nuclear zones on Earth. — Atlas Obscura
~~~~~~